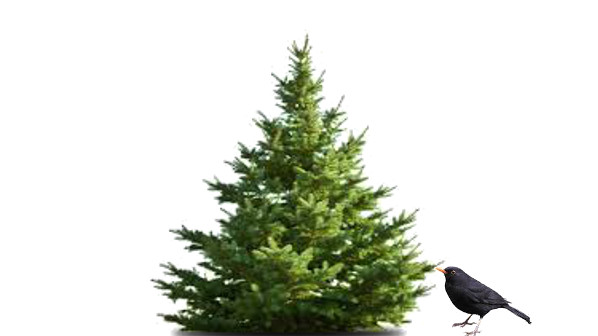 It was just a few days to go before Christmas and we went over to Adam’s Bagelry, the only real bagel factory in the Caribbean, to buy a few goodies for our friends coming over bringing gifts. Whatever Adam does is high quality and our friends like the currants rolls, chocolate cake and coconut sweet bread. I bought the pea soup and as I left, noticing Adam behind the counter, said, “Hey Adam, I just bought a big container of pea-soup.” Then I asked, “What’s the difference between fry chicken and pea soup?” As he pondered on the sheer ridiculousness of the question, even though suspecting it was not entirely without some catch, I put him out of his misery and explained, “Anybody can fry chicken but…” He picked it up right away, shared it with one of his people, I went outside, shared it with another friend, and this was the joke of the day until I hit the plant shop.

We have this thing about a “live” Christmas tree. When I was growing up we had the artificial trees which we wired together, put some tinsel on, bulbs, ornaments, sprayed with artificial snow and then covered with “angel hair” – fiberglass which itched and left red bumps – and wondered how Gabriel put up with it. Didn’t anything from his interaction with the Wise Men rub off? So we went in search of a live tree which, according to custom, we would bring indoors for the season and then put back outside to recover for the rest of the year until Christmas came again and our tree would once more be called upon to carry the season. I was sure that it so loved being among us, intelligent being that a tree is, it pined for human company. As I stopped the car and stepped out looking at all the costly vegetation surrounding me, I remembered when there was a string of robberies in plant shops and the police put some of their appropriately disguised officers to keep watch. They never fooled me. As soon as I took even the most cursory of look-arounds, I could invariably spot the plants.

This time I could not because there was none. The big Christmas trees were already sold for close to alpine prices at US$250 each. Even artificial trees, all wire and polyester, were topping that price. We saw some with tops just barely peeping over the edge of the plant pot for close to US$30. I could have tried a little Old King Cole (Nat, that is), go on my knees and sing plaintively, “Little Christmas Tree, no one to buy you, give yourself to me…” but the little things looked potted and the owner, busy ringing up the cash, did not seem particularly sympathetic. So I left the plant shop with a box of greenery clutched to my chest and blundered quite heavily into a customer. “Sorry to arm-bush you,” I apologized profusely. I twigged to the fact that the lady was not pleased and was not hedging her anger one bit. I took off like Santa before I was sleighed.

When we reached home we found ourselves in the midst of a family emergency. A scion of the family of blackbirds which live in the Ashoka tree next to where I park my car and their daily excretions, their family tree so to speak, landed on our fourth floor veranda, his wings fluttering weakly joining our hearts and his parents’. According to “Science”, “Called ‘feathered apes’ for their simian-like smarts, crows use tools, understand physics, and recognize themselves and humans. But new research suggests that the brainy birds may be even smarter than was previously thought. Given a complex problem and an assortment of tools, New Caledonian crows came up with a creative solution that hints at higher-order thinking.”

The frightened and upset parents immediately twittered the news to all their friends and the whole social network was in a state of extreme agitation. My mother was dive-bombed as she opened the apartment door to a scene like Hitchcock’s “The Birds”. These are the smartest birds in the animal kingdom but they had lost it, just as we do, when facing danger to our loved ones. The baby bird took refuge in the cupboard housing the air-conditioners maybe wanting his parents to keep their cool but they were too busy protecting him from us while trying to get him to flap his wings vigorously to fly back to the tree.

While this was happening in Trinidad, it seems that a drama was taking place on a Tobago-bound plane where a policeman, newly promoted to the top post in Tobago to deal with the crime situation, including the murder of two German tourists, had to be put off a plane on his way there because he refused to turn off his cell phone when asked several times to do so and his was the only one still on after the cabin doors were locked. The policeman was quite put out by being put off and his initial reaction and the one that made me think of the little bird, was that he claimed the airline’s flight attendants had picked on him because he was black. When I think of it, given how smart blackbirds are, the same little one cheeping his heart out might have easily been able to switch the phone off and on or tweet to get help.

*Tony Deyal was last seen saying that the police-force may have encouraged the policeman’s angst by giving him a Blackberry.