Linkedin
In the early 1990s I was a short-term consultant at the World Bank looking at about eighty projects in different parts of the world to see what use was made of community participation and modern communications technology.  While interviewing different project managers and consultants I met one who had a huge sign in his office, “If Technology Is The Answer, What Is The Question?”  Over the ensuing years it is something that I have kept coming back to. 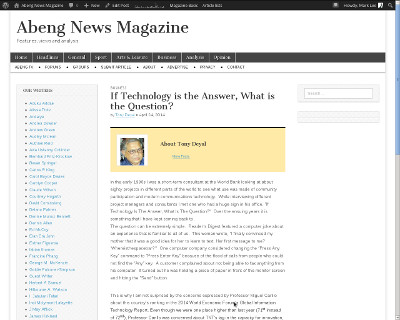