Jamaica’s fiscal performance deteriorated in 2011 because of delays in the implementation of an agreed structural reform program, a just concluded International Monetary Fund (IMF) mission to the island has reported.

“Recent macroeconomic developments have been mixed,” Luis Breuer, the Fund’s mission chief for Jamaica said in the statement after the mission. 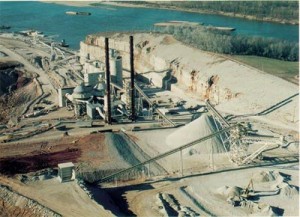 Breuer said that unemployment remained high at 12.8 percent, and the fiscal situation deteriorated.

“The primary surplus for FY2011/12 is projected to drop to 3 percent of GDP (compared with a budget target of 5.2 percent); the deficit of the public sector is estimated to increase to 7.3 percent of GDP and the ratio of the debt to GDP to remain high, at 140 percent of GDP. The developments in public finances reflect both lower tax revenues and higher government expenditures in 2011. In addition, delays in the implementation of the structural reform program adversely affected fiscal performance.”

The mission said that higher oil prices contributed to a projected increase in the external current account deficit to over 10 percent of GDP. Sluggish official inflows and foreign direct investment, combined with central bank foreign exchange sales, led to the decline in net international reserves to US$1.8 billion at end-February. Meanwhile, in the banking system, the nonperforming loan ratio rose to 9 percent, while credit to the private sector rose by 12 percent, primarily on account of consumer credit.

“The recovery is fragile and there are strong downside risks. Growth in FY2012/13 is projected to remain low at about 1 percent and, on present trends, the public sector and external current account deficits are projected to widen and the public debt to rise. On the external side, risks to external stability and growth can arise from volatile commodity import prices (including oil) and a slowdown in global growth, in particular in the United States. Jamaica is also susceptible to natural disasters.

“Jamaica thus faces significant challenges. A key challenge is to attain higher and sustainable rates of economic growth, while reducing macroeconomic risks, including from the high public debt and high unemployment. The authorities and the IMF team agree that this will require actions on three fronts, developed within a medium-term framework of national priorities.

“First, a growth-oriented environment aimed at improving productivity and competitiveness, while raising efficiency. Second, strong macroeconomic policies through significantly higher primary fiscal surpluses, fiscal and financial reforms, and further strengthening financial sector regulation and supervision. Third, a framework to ensure social cohesion. In this regard, prompt implementation of tax reform and improvements in tax administration will allow the government to focus spending in priority areas while raising productivity.”