The Canadian Government has decided that people taking the citizenship oath must not have their face covered. The decision is aimed at Muslim women who wear a niqab or a burqa to the ceremony. 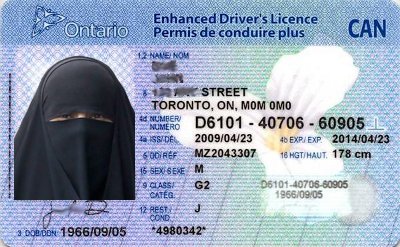 The announcement Monday by Immigration Minister Jason Kenney, at a news conference in Montreal, comes at a time when the culture clash between Canada’s Western values and that of the growing Islamic community is increasingly evident.

Last Thursday, the Supreme Court of Canada heard arguments Thursday in the case of a woman who wants to testify in court while wearing a niqab, in a legal matter that Canadian Broadcasting Corporation (CBC) describes as pitting religious rights against the right of defendants.

The woman, identified only as N.S., wants to wear the veil-type cloth that covers all of her face, except her eyes, during testimony against two male relatives in a sexual assault case in Ontario. The woman is the complainant in the case, and made the request to wear her niqab based on her Muslim beliefs.

The defendants, however, say they should be able to see the facial expressions of N.S. for the purpose of cross-examination.

Currently a court in the city of Kingston, Ontario is hearing a case in which an Afghan immigrant and one of his wives are answering murder charges for the deaths of his first wife and a  daughter, allegedly over the latter’s resistance to his brand of Islamic orthodoxy.

While the polygamous state of the accused is not on trial, nor is the issue confined to Muslims, on November 23, the British Columbia Supreme Court upheld Canada’s monogamy laws with Chief Justice Robert Bauman in ruling in favour of the section of the Criminal Code outlawing polygamous unions saying while the law does infringe on religious freedom, it is justified given the harm polygamy causes to children, women and society.

Muslims believe the Qur’an permits a man to have up to four wives, but only under certain, fairly strict conditions. (Mormon polygamists were at the centre of the BC hearing brought by the Crown.) Some Muslims also justify women covering their entire body based on Islam’s holy book, the Qur’an, and hadiths – sayings, acts, approvals or criticisms ascribed to the Islamic prophet Muhammad.

There are differences of opinion amongst scholars in Islam whether the niqab is an obligatory form of hijab, is merely permissible, or cultural.

Most religionists are not concerned whether a prophet’s message was appropriate for his personal situation but rather that it is to be transmitted as applicable to all people in all situations throughout time.

The result is that commonsense does not prevail in the 21st century when contemporary living requires that there are more pressing overarching considerations to dictate behaviour.

There may have been no need for drivers licences and visas when camels and horses were the primary means of transportation and national boundaries were arbitrary demarcations beyond city limits but in the age of the automobile and jet travel across secure borders the circumstances are different.

Canada is at the forefront of the Western alliance pushing democracy, openness and tolerance in places like Afghanistan and Libya and is welcoming of people from all over the world who, it is assumed, share the political and social, if not the religious, values of the country.

Like many countries, religion was mixed in the country’s foundation but modernity and progress has brought the secular state that is not premised on ethnicity nor religion. But most societies have a core they wish to conserve.

One reporter saw significance in Kenny’s making the announcement in the province of Quebec, generally more liberal than the rest of Canada but where there’s a strong tradition to conserve its Francophone identity.

It was likely the idea of holding on to core value why Kenny described the oath as a “public declaration that you are joining the Canadian family and it must be taken freely and openly,” and said, it was bizarre that women were allowed to wear face veils while they swear their citizenship oaths.

He said he didn’t accept that it was a religious obligation to wear the veil, since when Muslim women perform the hajj, the pilgrimage to Mecca, they are required not to cover their faces.

“It’s a cultural tradition, which I think reflects a certain view about women that we don’t accept in Canada. We want women to be full and equal members of Canadian society and certainly when they’re taking the citizenship oath, that’s the right place to start,” Kenney told CBC News Network.