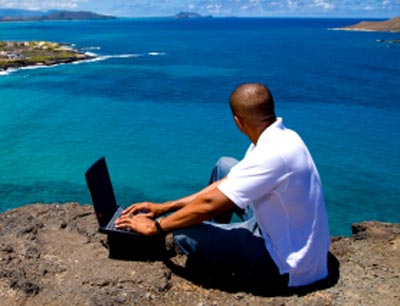 Two recent news items pertaining to the Caribbean Forum (CARIFORUM) group of countries and their trade ties with the European Union (EU) are serving to underscore gaps in perception and reality and the need for the Caribbean countries to take a new tack in a dramatically new world.

In one item, a mission from the film and information communication technology (ICT) sectors to Britain and Spain reported promising prospects for developing their business through collaboration within the EU.

In the other, trade ministers and banana industry lobbyists were condemning the EU for pursuing more open conditions for Latin American fruit even as the Caribbean was losing its preferences through appeals by the USA and the Latins to the World Trade Organization challenging the protected markets.

“(It was) a big first step in penetration of the European markets for CARIFORUM service providers in the areas of ICT and film,” said Francis Delpesh, CEO of the Trinidad and Tobago Coalition of Service Industries of the mission facilitated by the Caribbean Export Development Agency (Caribbean Export), the Caribbean Association of Industry and Commerce (CAIC) and the Caribbean Regional Negotiating Machinery (CRNM) under the African Caribbean and Pacific (ACP)-EU Partnership Agreement.

Jamaican Damali Little-White of Guru Films and Mediamix Ltd described it as “a very informative experience” and emphasized that the tour had highlighted the importance of a regional approach to the development of the audio-visual sector.

Alison Saunders of Blue Waters Productions, Barbados observed that the mission had exposed the film and video producers from Jamaica, Barbados, Trinidad and the Dominican Republic to several opportunities for development of the sector especially in the area of co-productions and selling of production services but emphasised that this was just a first step with many hurdles still to be overcome.

Contrast the film group’s position to the African, Caribbean and Pacific (ACP) States’ condemnation November 14, of the EU decision to negotiate a Free Trade agreement (FTA) with Central American countries on what the ACP Group describes as “too generous” terms?

“The ACP Group expressed shock that only a week after the EU signed the first Economic Partnership Agreement (EPA) with an ACP region (CARIFORUM), which supposes to secure, and expand preferential access for ACP bananas into the EU market, the EU has gone ahead to negotiate an FTA with the Central Americans in terms which pose serious threat to ACP preferences,” said an ACP statement made mid-November.

“The Chairman of the ACP Banana Working Group, Ambassador Gerhard Hiwat of Suriname, said that the new offer to Central America would mean the end of the banana industry in all the banana producing countries of the ACP Group.

“The chairman believes that EU’s action also contradicts the objectives of the EPAs it signed with the Caribbean and interim agreement initialed with some African Banana exporting countries, and seriously questions the ACP-EU partnership.”

…it’s either that nobody has said it or it has been said and nobody wants to hear: the preferential agricultural products trade gravy train is over and it’s a harsh new world of free trade competition. In the 313-page EPA with CARIFORUM (Caribbean Community and the Dominican Republic), the word bananas is mentioned once, in Article 42, which covers traditional agricultural products (there is a joint Declaration on Bananas which commits to helping the industry adjust to new challenges):

“1. The Parties commit to undertake prior consultations on trade policy developments that may impact on the competitive positions of traditional agricultural products, including bananas, rum, rice and sugar, in the market of the EC Party.

“2. The EC Party shall endeavour to maintain significant preferential access within the multilateral trading system for these products originating in the CARIFORUM States for as long as is feasible and to ensure that any unavoidable reduction in preference is phased in over as long a period as possible.”

If the ministers are betting on “for as long as is feasible” lasting forever, they should think again. For that period could have ended the moment the ink dried on the agreement, which acknowledges early on that matters of trade must comply with World Trade Organization (WTO) rules. Indeed, even as the ministers were making their declarations, the WTO had issued what was likely to be its final ruling on the US-Latin American challenge to EU banana preferences to the ACP.

The day before the ministers issued their statement the WTO found among other things “that to the extent that the EC Bananas Import Regime contained measures inconsistent with various provisions of the GATT 1994, it nullified or impaired benefits accruing to the United States under that Agreement.”

The WTO had allowed a waiver as part of transitional measures for the EU and the ACP to bring their preferential arrangements under the EPA, into line with a tariff only regime.

It is a strongly emotional issue as the USA Latin American case, before the WTO since 1996, is seen largely as an attempt by the the big American producers, who control more than 90 per cent of the world banana trade, to squash the minuscule industry of the poor developing countries, valued especially for its social impact on these communities, whose fruit are more expensive because of higher production costs.

On the other hand, some ACP countries are depending on umbilical ties from colonial days to drive European sentiment. This is sandy ground as the old European Communities core of 10 led by Britain, France, Germany, Holland, Spain etc., as former colonial masters, is being overtaken in an expanded EU comprising countries that had nothing to do with that ethos. Further, the ACP politicians voted in by their home electorates will find no comfort in blaming the EU for their trade ills when the EPAs are premised on the idea they should deliver good governance and accountability.

The professional lobbyists are understandably concerned at the prospect of not having protracted negotiations, court challenges and appeals in shady areas but it seems the EU via the EPA has decided to halt the game of footsie under the table.

The first declaration in the preamble of the EPA reaffirms “commitment to the respect for human rights, democratic principles and the rule of law, which constitute the essential elements of the Cotonou Agreement, and to good governance, which constitutes the fundamental element of the Cotonou Agreement” upon which the latest EU ACP relationship is built.

It does take lofty positions on sustainable development, meeting the United Nations Millennium Development goals and poverty eradication but at the end of the day these are attained through trade and economic development based on overarching international agreements.

The EPA covers a range of subjects from trade in goods and services and customs matters to development aid, cultural cooperation and more.

The way forward may be generational. A younger more outward looking set may see opportunities in new cross-border and cross-cultural areas in an information and technology driven age – areas that their parents never imagined as they ploughed away at providing sugar cane and bananas for a captive market.

But it’s either that nobody has said it or it has been said and nobody wants to hear: the preferential agricultural products trade gravy train is over and it’s a harsh new world of free trade competition.