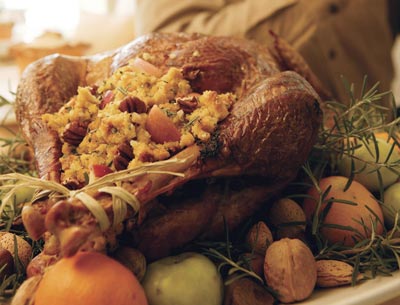 The election of Obama goes far beyond the political. This was an act of national contrition. Contrition leads to repentance and repentance leads to salvation. This is our Thanksgiving of hope.

This Thanksgiving we have a new brilliant, wise, kind, calm, even tempered, exemplary father and husband for our President Elect. Millions of us crossed party lines and voted for Obama even though many of us — such as myself, a white, middle-class, former lifelong Republican and former Religious Right leader — had always voted for Republicans.

Millions more of us had been apathetic and not voting at all and we went to the polls. Millions of Evangelicals decided to vote for hope rather than for theological slogans, for competence rather than for someone being “correct” on all their social issues. Millions more voted for the first time.  And even those who had always voted for Democratic candidates participated in the democratic process with a new vigor, sense of purpose and dedication.  Tens of thousands of them knocked on doors and made calls.  Millions of us contributed money to the Obama campaign when we had never contributed to a campaign before…

This was no mere election. This was a spiritual great awakening.

When we look at the context of our vote – an unnecessary war, a necessary war gone bad, an economy in free fall, our standing at the lowest that it’s been in the world in living memory, the quality of our schools deteriorating, our family’s lives falling apart, statistics on single parenthood and other social pathologies rising, a neighbor of ours (Mexico) being destroyed by our drug habit – the fact that we turned to an untested young black candidate was a giant mea culpa. Electing Obama is a public statement of “we’ve been wrong,” a national confession, a repentance for the sin of racism, of slavery and oppression, of indifference; a giant “I’m sorry” to the world for our hubris and folly.

There is no change without repentance, because a person or country can’t change until they admit they’ve been wrong. We just did.

What have we just repented of?

How do we save ourselves?

We have made a good start by electing the most unlikely candidate. We have elected a man with a big heart a brilliant mind and a humble spirit.  We have voted counter to type, the white guy lost, the established order was overturned. We have confounded not only our own low expectations but those of the world.

We reached outside the usual cast of characters who’ve been living in a political cocoon and instead elected one of us to president! He is a man of we the people, not part of a political dynasty. Our new president was, only moments ago, driving to work as a community organizer in a rusted-out car. He is someone with ordinary connections to an ordinary community. He knows the first name of his barber and the woman at the local deli who served him his coffee.

We have elected a man who combines the extraordinary brilliance of a once-in-a-lifetime leader with a down-to-earth connection to all those things that make up the sum total of a human life worth living: the nodded “good morning” to someone you always pass on your walk, the pat on the shoulder to the man who cuts your hair, the swooping lift of a child to a kiss when you come home from work, that series a quiet and faithful decisions that is the foundation of every good marriage, that humility of spirit which takes a higher path when greed and a lower road would be easier.

This Thanksgiving in the midst of the ruin we made of our country let us give thanks for President Elect Obama, his lovely wife and his lovely children. Let us pray for safety for our new president. Let us pray for an extra measure of wisdom for him. Let us ask for a new measure of humility and a contrite spirit for ourselves, so that when our President Obama asks us to sacrifice and break our bad habits and change, we can find it in our hearts to do what we know is right.

Frank Schaeffer is a writer and a leading Huffington Post blogger. His latest book, “CRAZY FOR GOD-How I Grew Up As One Of The Elect, Helped Found The Religious Right, And Lived To Take All (Or Almost All) Of It Back,” is now in paperback. He may be contacted at frankaschaeffer@aol.com. You can get the book at your local bookstore or from Amazon at:  http://www.amazon.com/Crazy-God-Helped-Religious-Almost/dp/0306817500/ref=pd_bbs_sr_1?ie=UTF8&s=books&qid=1227106751&sr=8-1

Political Will Needed to Fix Crime and Law Enforcement

Jamaica Lost It Along the Road…