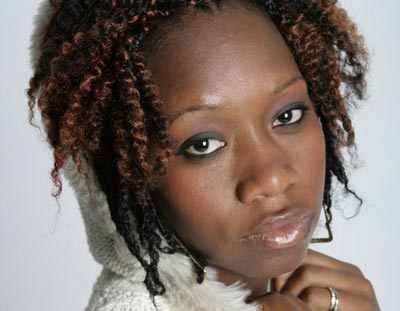 You thought  “Nuh Linga”, “Wha Do Dem Guy Deh” and “Dem Ya” were three of the biggest hits this year right? Well, as Assassin correctly purports “Christmas Time is Here Again” and Boardhouse Records has got more goodies for your musical ear and your dancing feet, and, well, whatever other parts of our bodies we dance with nowadays. Sweeping across the airwaves this season is what is poised to be Boardhouse’s largest riddim juggling production yet –  The “Clean Sweep”, featuring the dancehall’s leading headliners as well as some “New Kidz” on the scene.

There is no doubt that the “Clean Sweep” delivers in beat and rhythmic value, but Boardhouse has also produced riveting lyrical content ranging from social commentary and inspiration for our times, to the customary dancehall rhetoric, but with a new twist, even some onomatopoeia from Vybz Kartel .

The general response so far has been phenomenal and feedback from the real party-goers and dancehall fans is evidence that Boardhouse is racking up those hits and “Clean Sweep” promises several more. After all, with such a star-studded line-up, what else can you expect?

Bounty Killer, in what some deem his finest moment of the year lashes out against abusers and child molesters in “Social Responsibility”, written by the super talented Jeffrey “Assassin” Campbell, while Beenie Man, not to be outdone, is riding on the recent victory of Barrack Obama with a song called “Obama”, encouraging the youth to aspire to be a president. Not a bad way to end the year for both artistes at all, kudos to them, and to Boardhouse for producing such stimulating  material.

Guess who else is in the mix? The “First Lady” herself D’Angel. Just whose first lady she is, has not been made clear in her song She ryhmes nicely though, and is it a coincinence that “Beenie Man” is talking about a president while  she is talking about a first lady? Let us leave that one up in the air.

On another note, Mavado  is singing about the ladies again in a not-so-romantic way, but true to form, this has the potential to be a chart topper. So is Vybz Kartel’s “Kuff Kaff Kweff” –  you figure out the meaning of the sound effects. If you can’t you will definitely hear it soon enough, unless you are on Mars, that is. It will be interesting to see who makes it to number one first, but for now, they have all been brought together under the roof of a Boardhouse, and this one, though on fire, will never go up in flames – it has to be around to deliver some more of the good stuff.

Matterhorn is up to his usual antics with the “fabulous” Pamputae in “Some Do Some Don’t” and so is Macka Diamond alongside Don Mafia with “Hungry”. You will certainly be entertained. However, one of the more entertaining songs on the list has to be “­Craab Up” by Boom Dandimite. Lines like “Craab up craabup, craab up craabup craab up craabup, me head me head, me head me head…” have you laughing and feeling a bit silly at first but then it grows on you, and you catch the vibe and before you know it, your head  “craab  up” too.

Also standing out on this one is Assassin, not just because of his stakes in Boardhouse, but because this artiste has consistently proven himself as a contender in the dancehall. The captioned is from his “Christmas is Here Again”, which, though on the surface is quite festive as well as inspirational, goes deeper with rhymes such as “…me no waa no gift, no my wish fi di Christmus a seh nex year di shotta dem no so vicious… police killings goin stop be suspicious, we pray to the Almighty to stay with us.” Neither do his two other songs “Gweh” and “Sen It” disappoint in any way. “Flossing King” Flippa Mafia educates us about what is meant “When Yu Say Floss” and Lady Ali also takes us to school about “the real meaning of hotness” in “Hot Gal Anthem”, which, “if you no fit di position gal don’t sing it…”

On the whole, Boardhouse  Records has produced something worthwile listening to. Everything from the vocals to the overall sound quality is superb, thanks to a clearly meticulous and professional team. The record label, though in its early days yet, is establishing itself as a  force to be reckoned with in the industry and a name which has the potential to create the greatest hits of our time. We look forward to hearing more, but until then, we have a lot to muse over, nod our heads to and of course “buss banks”about.