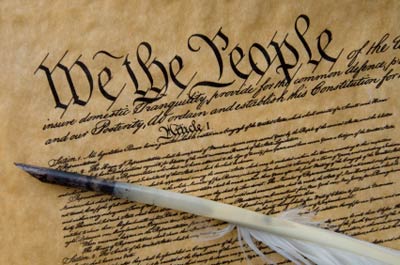 On the eve of probably the most pivotal election in US history, Americans have seen the best and worst of themselves. For matters of race relations, an issue that has largely been ignored for decades with everyone knowing, resenting or cherishing their designated place in the society, the presidential campaign has become a cutting board to expose the viscera of the nation’s attitudes toward its ethnic and cultural diversity, a landscape vastly changed since the late 1960s. The competition is emerging a measure of the readiness of the majority to relinquish traditional values, entitlements of inheritance based on race and status and to seize these truths we hold self-evident.

There is no need to wait until after the elections to declare these observations, for win or lose for either party, these past months have spoken for America, the vigor and intensity of the campaign mounting, even as the nation agonizingly searches itself, struggles with itself, and strives to find its direction and character for the twenty-first century. In these last few months, America has re-invented itself.

During the lengthy and agressive campaign the electorate has been subjected to almost microscopic examinations of the characters in the drama and the landmarks they represent: Sarah Palin, the Republicans’ first female vice presidential candidate; John McCain, the most advanced in years to engage in a bid for the presidency, vying for the position with the first African American, Barack Obama, himself representing a tectonic shift in American politics.

It has been no surprise to learn that deep-seated racial prejudice remains a distinctive feature of the American landscape, and no one is naive enough to think that it will ever be eradicated, even if Obama emerges victor.  There is a latent uneasiness that crosses party lines among some whites, that their privileges and the entitlements they have enjoyed, merely by virtue of their race, will be diminished with a black man in the White House. It is a fear that cannot be ignored. After all, as the old timer from Tennessee remarked, “Uncle Sam is white!”

Team Obama has been careful to avoid any semblance of civil rights issues in its campaign, projecting the candidate as a champion of the rights of all Americans, instead of pandering to any single group.

At the same time the McCain/Palin campaign has stoked the fires of these fears, feeding on the xenophobia of their supporters by sowing seeds of doubt about the opponent’s political affiliations and ideology, even speculating about his status of being a natural-born US citizen, and claiming his birth certificate and supporting documents were forgeries. It is ironic that any such speculations regarding John McCain’s eligibility (he was born in the Panama Canal Zone and not on US soil) were quickly put to rest.

With a new CNN poll showing McCain closing the gap, Team Obama cannot afford to take its lead for granted. Campaigning is now at a fevered pitch, with the Republicans seeking desperately to solidify their base in states for years considered traditionally Republican but now leaning Democrat. On the home stretch both camps will be employing every available resource permitted to clinch the presidency.

Heading into the final days of the campaign, regardless of early voting and polling data, the nail-biting suspense will run anxieties high and tempers thin, as the nation sits on the edge and awaits the final count. For many, after a long and extremely punishing campaign, Election Day can’t come a moment too soon.

The Silence of the Sands

Barack Obama — Can He Deliver?