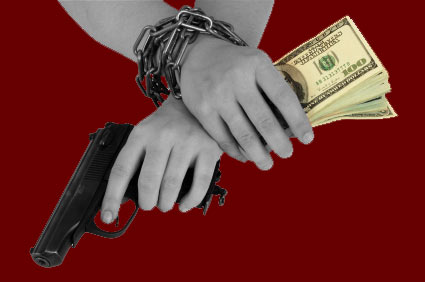 Crime and theft were cited as the most problematic factors for doing business in Guyana, Jamaica and Trinidad and Tobago in the 2008-2009 Global Competitiveness Report published by the independent World Economic Forum.

Jamaica’s global competitiveness index (GCI) fell to 86 from 78 in 2007, among the 134 countries measured and Trinidad and Tobago moved down to 92 from 84 the previous year. Barbados GCI improved to 47 from 50 last year while Guyana moved up from 126 to 115.

In the report the United States tops the overall ranking in the Report 2008-2009. Switzerland is in second position followed by Denmark, Sweden and Singapore. European economies continue to prevail in the top 10 with Finland, Germany and the Netherlands following suit. The United Kingdom, while remaining very competitive, has dropped by three places and out of the top 10, mainly attributable to a weakening of its financial markets.

The United States tops the overall ranking in GCR, that was released October 8. Switzerland is in second position followed by Denmark, Sweden and Singapore. European economies continue to prevail in the top 10 with Finland, Germany and the Netherlands following suit. The United Kingdom, while remaining very competitive, has dropped by three places and out of the top 10, mainly attributable to a weakening of its financial markets.

The People’s Republic of China continues to lead the way among large developing economies, improving by four places this year and joining the top 30. All of the BRIC economies figure in the top half of the ranking, with China followed by India, Russia and Brazil.Several Asian economies perform strongly with Japan, Hong Kong SAR, Republic of Korea and Taiwan, China in the top 20. In Latin America, Chile is the highest ranked country, followed by Panama, Costa Rica and Mexico.

A number of countries in the Middle East and North Africa region are in the upper half of the rankings, led by Israel, Qatar, Saudi Arabia, United Arab Emirates, Kuwait and Tunisia, with particular improvements noted in the Gulf States since last year. In sub-Saharan Africa, South Africa, Botswana and Mauritius feature in the top half of the rankings, with several countries from the region measurably improving their competitiveness.

“Rising food and energy prices, a major international financial crisis and the related slowdown in the world’s leading economies, are confronting policy-makers with new economic management challenges. Today’s volatility underscores the importance of a competitiveness-supporting economic environment that can help national economies to weather these types of shocks in order to ensure solid economic performance going into the future,” said Xavier Sala-i-Martin, Professor of Economics, Columbia University, USA, and co-author of the report.

The rankings are calculated from both publicly available data and the Executive Opinion Survey, a comprehensive annual survey conducted by the World Economic Forum together with its network of Partner Institutes (leading research institutes and business organizations) in the countries covered by the report. This year, over 12,000 business leaders were polled in a record 134 global economies. The survey is designed to capture a broad range of factors affecting an economy’s business climate. The report also includes comprehensive listings of the main strengths and weaknesses of countries, making it possible to identify key priorities for policy reform.

“In an uncertain global financial environment it is more important than ever for countries to put into place the fundamentals underpinning economic growth and development. The World Economic Forum has for many years played a facilitating role in this process by providing detailed assessments of the productive potential of nations worldwide. The Global Competitiveness Report 2008-2009 offers policy-makers and business leaders an important tool in the formulation of improved economic policies and institutional reforms,” noted Klaus Schwab, Founder and Executive Chairman of the World Economic Forum.

Table: The most problematic factors for doing business

Future Caribbean Business Leaders to Meet in the Bahamas