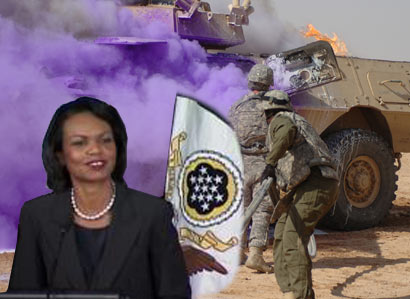 U.S. Secretary of State Condolleeza Rice says the journey in Iraq being “harder, longer and more difficult” than she had imagined. She was speaking during an awards ceremony honoring General David Petraeus and Ambassador Ryan Crocker, i which she thanked the two men for their efforts and presented each of them with the Distinguished Service Award.