For 30 years I have been painting landscape in one of the great beauty belts of Jamaica, the Garden Parish of St Ann. Since the arrival of Christopher Columbus, who was spellbound by the island, this historic area of Jamaica has been renown for its beauty that must be considered a major natural resource. 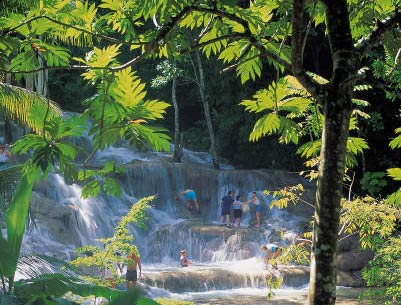 I have just learned that our government, in partnership with exploiting Americans and Chinese, plan to mine for bauxite in the very heart of Jamaica, the precious heart of the Garden Parish itself, which sits on an aquifer that supplies the entire north coast with clean, unpolluted water. The reason given is the usual regurgitated lie that it will give jobs, but if bauxite mining, which has existed in the area since the ’50s, could not change the fortunes of the people of St Ann, still after all that mining the poorest parish, it is hardly likely to do so now.

The loss of beauty is not simply an aesthetic concern. Substitute the word ‘Environment’ for ‘Nature’ and my concern expands to a level serious enough to have caused a whole new area of study, that of survival itself, but if ‘global warming, melting ice caps, etc.’ seem like far-away dangers to us we have a textbook example of the losses incurred by misguided developers in our own backyards that is impossible to ignore.

In the internationally best-selling book by Jared Diamond titled Collapse – How Societies Choose To Fail Or Survive he points out that on the shared land mass of Haiti and the Dominican Republic, an island which, just like ours, was richly forested and where both sides, although politically divided, started out with equal potential, we can see the consequences of deforestation on the Haitian side (1 per cent intact) compared to the Dominican Republic’s side (28 per cent left intact).

Deforestation with the attendant soil erosion, loss of soil fertility, sediment loads in the rivers, loss of watershed protection, and hence of potential hydroelectric power, and decreased rainfall are much more pronounced problems in Haiti than in the Dominican Republic.

The inescapable link between economic prosperity and protection of the environment is well known to the development of countries of the world – it is not for aesthetic reasons that the United States has more virgin land protected by their governments in national parks than now exists in poor, exploited Africa.

The lessons of history that advanced minds are pointing out may yet make our ‘underdevelopment’ seem like a blessing from God, because there is still time to learn from the mistakes of others.

Haiti was once the richer of the new territories, and the change in fortune now is directly attributable to its political leadership, or more precisely, lack of leadership. The two corrupt dictators of the Dominican Republic survived and shared one redeeming feature: they both passionately protected the land from the unsustainable development that would leave a wasteland without topsoil next door.

Please join me and many, many other concerned citizens of the area in calling for a reconsideration. The price for this may be too high and it is always paid by the many, when the few have made their profits and gone.

Of Sand and Silence

PNP Leadership Elections and the Fallout