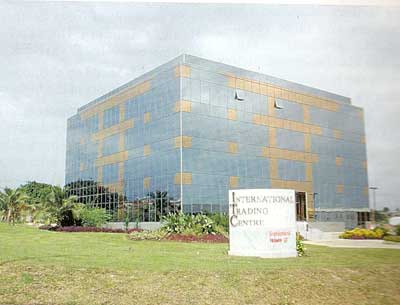 Barbados’ generally open trade and investment regime, and its close integration into the world economy has helped it maintain some of the highest per capita incomes and human development indicators among developing countries, according to a WTO Secretariat report on the trade policies and practices of the island.

The report shows that Barbados’ non-tariff barriers are low but that the applied MFN (Most Favoured Nation) tariff stands at a relatively high average of 16.2 per cent. This creates an anti-export bias which Barbados has tried to offset through fiscal and other incentive programmes. (MFN tariff is the  level that a member of the GATT/WTO charges on a good to other members.)

The report says this situation creates an anti-export bias, which Barbados has tried to offset through a wide array of fiscal and other incentive programmes targeting the production of both goods and services.  Rationalizing those programmes, and continuing to take steps to enhance competition in the domestic market, would shore up the position of Barbados’ mainstay sectors like tourism and financial services.

They would also improve resource allocation and consumer welfare and, by strengthening the fiscal situation, provide greater flexibility for the use of counter-cyclical policies to smooth out economic cycles.

The services sector is the backbone of Barbados’ economy;  the main service activities are finance and business, wholesale and retail trade, and tourism.  In contrast, the economic importance of agriculture and manufacturing is relatively low, with agriculture in long-term decline but manufacturing growing.

The report says the Barbados economy underwent a recession in 2001-02 but subsequently performed well.  Real GDP grew at an annual average rate of 3.9 per cent between 2002 and 2007.  Unemployment has fallen, although it remains relatively high, at 7.4per cent in 2007.  Inflation appears to have been curbed (to 4.1 per cent in 2007), after increasing from 0.2 per cent in 2002 to 7.3 per cent in 2006, mainly as a result of higher oil and food prices, domestic demand pressures and higher import taxes.

The fixed exchange rate means that counter-cyclical policies must rely largely on fiscal instruments, but the use of these is limited by persistent fiscal deficits and high public debt.

The external current account has shown a persistent large deficit, 9.7 per cent of GDP on average during 2002-07, as the surplus of the services account has not offset the merchandise trade deficit.  The current account deficit has generally been financed by public and private capital inflows.  Merchandise trade has expanded, amounting to some 65 per cent of GDP.  Merchandise exports are just under one fourth of exports of goods and services;  in contrast, merchandise imports account for 80per cent of total imports.  Exports of services consist mostly of tourism and financial services.

Trade Policy and Investment  Regime
Support for the multilateral trading system and participation in the Caribbean Community and Common Market (CARICOM) are at the core of Barbados’ trade policy.  Barbados is an original Member of the WTO, within which it has advocated binding and enhancing special and differential treatment for developing countries, and recognition of the special status and needs of small, vulnerable, developing economies.

The report adds that Barbados formulates and implements its trade policy within the context of its participation in CARICOM, which is in the process of consolidating a single market and economy.  Through its CARICOM membership, Barbados maintains preferential trade agreements with Colombia, Costa Rica, Cuba, the Dominican Republic, and Venezuela.  Barbados’s exports have benefited from preferential market access under non-reciprocal preferential trade arrangements offered by a number of developed countries

The WTO report, along with a policy statement by the Government of Barbados, will be the basis for the second Trade Policy Review (TPR) of Barbados by the WTO September 17 and 19.