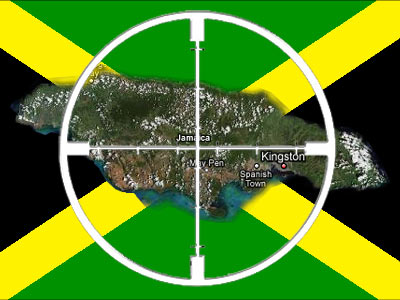 Shelly-Ann Fraser’s performance at the Beijing Olympics was an act of subversion. The quintessential underdog – the smallest, youngest, and least-known competitor in the women’s 100 meter event – she blew away the competition. In the process she disrupted the scripted narrative governing success and failure. She felled the titans from the USA and dwarfed the giants of her home country in a singular display of grit and defiance.

In her post-race interview she underscored her conscious will to up-end the prevailing order by declaring that no one expected anything from her and that it was only her belief in herself, and the faithful execution of her coach’s instructions that brought her the victory. The interview was as unscripted as was the result of the race.

As if such brazen usurpation as was demonstrated in the result of the race were not sufficient, Shelly-Ann ascribed her success to Reggae Power. The construct is instructive. This athlete who is barely out of adolescence is perceptive enough to ascribe her success to struggle and resistance rather than dietetics. She seemed to be saying that her performance was neither about haffu yam nor oxtail and rice and peas – this was not a wanga gut affair – rather it was a matter of mental resolve and the will to resist the forces that are deployed to trap her and keep her down in the dungle (dung hill).

Reggae music is at once an instrument of social protest and a medium of empowerment for the ghetto people of Jamaica. The term Reggae Power introduces a counter-narrative which links the individual triumph of the athlete to that of the broader struggles of the working people in the garrison communities of Kingston city.

Even as she identified the driving force behind her success, her kinfolk in the garrison community of Waterhouse were articulating a complementary narrative, affirming the humanity, industriousness, and defiant spirit of the working class inhabitants of those hell-holes which are euphemistically called garrison communities. From Beijing to Waterhouse in Kingston, the articulation of a message of resistance to political and cultural domination was seamless and totally unscripted.

As Shelly-Ann and other members of the athletic team executed the current popular dance moves “Nah Linga” and “Gully Creepa” they introduced a culturally subversive element to their exploits in the athletic arena. This performance exposed a political reality that might otherwise have remained essentially hidden from the world. The performance of the “Gully Creepa”, in particular, represents a politically loaded act insofar as it established the nexus between garrison politics and stunning performances on the Beijing Olympics track. Here is the rub; the oppressive conditions from which Shelly-Ann escaped to perform on that grand stage also gave rise to the chimeras who stalk the garrisons and lay waste to the lives of many a potential Shelly-Ann Fraser.

The “Gully Creepa” is, in essence, the stylized, quasi-dramatic, expression of the deadly conduct of the grim reapers of the ghettos. These grim reapers are pejoratively labeled “gully creepers” by the establishment.

Improbable as it seems, Jamaica’s garrison politics found its way onto the Olympics stage in two performances – once in a scintillating display of athletic grace and vigor, and once in a celebratory performance of the “gully creepa”.

On the streets in Jamaica, the performance of the killer “gully creepers” was as catastrophic as it was Olympian in it proportions – they killed 20 or more persons over the period of the staging of the Beijing Olympics.

Given the annual rate of approximately 1,500 murders, these Olympian murderers, spawned by the political parties of Jamaica, will have extinguished the lives of some 6,000 of their countrymen by 2012. Now, there is a world record (WR) that needs to be averted, even as the country at large salivates at the prospect of another record medal haul at the London Olympics.

Transferring the Olympic Winning Knowledge to Other Challenges

Of Sand and Silence