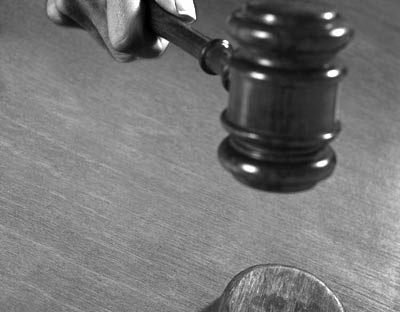 No less a person than the highly respected police officer, assistant commissioner Owen Ellington on July 10, 2008 reported to the audience attending the Jamaica Employers Federation Forum that the protection of witnesses is being breached.

The legal profession has vehemently denied the charges levied by the assistant commissioner and have stated what is the correct procedure under the Jamaica Constitution. The Director of Public Prosecutions admitted that there were challenges in the system, and indicated that the integrity of sensitive witness information depended on the integrity of defense lawyers.

Earlier this year the persons accused of the approximately half a billion dollar losses to the National Housing Development Corporation went free due to the fact that witnesses were not located.

Some weeks ago a prominent entertainer was cleared of gun charges as it was reported that the witness could not be located.

Resident magistrate Forte made some strident remarks some weeks ago and was taken to task by the legal profession. Was there any truth in her observations and comments?

Miss Barbara Gayle in one of her articles “Legal Wranglings”, in the Gleaner, reported that cases were being delayed or thrown out because witnesses either through fear or lack of interest have refused to attend court. She outlined the views of jurors who have expressed concerns about the long delays and the effect these have on the accused, the witnesses and the jurors. Miss Gayle has been on the beat for over two decades.

In her letter to the Daily Gleaner on July 19, 2008, Velma Hylton QC appears to place the blame for the witness problem squarely at the feet of the police. She opines that senior police officers should spend more time aiding and assisting their juniors in doing proper and complete investigations and helping them to prepare cases. Further she asks the police high command to take note that Jamaica has the lowest rate in the English-speaking Caribbean of successful investigation or detection of crimes.

The police are expected to be experts in crime detection and investigation. They do not have the legal and procedural skills of our “learned” friends in the legal profession. The members of the legal profession who work for the prosecution in most cases are no match for the private bar in Jamaica. The public bar is used as a training ground. The scales are usually weighed in favour of the accused and the private bar.

In our justice system the odds are in favour of the accused going free either as a result of skillful representation, witnesses not showing up, witnesses leaving the island or witnesses having been eliminated. There is also the on-going challenges of cases being put off several times. It is known that these delays can take years. It would not be surprising to assume that in our corrupt society that some witnesses are paid to leave the island or paid not to show at court.

Dr. Henley Morgan, my friend and colleague has stated that crime pays in Jamaica and where crime pays it will stay. It is a major industry including a small section of members of the police, some members of the legal profession, the dons, the drug dealers, professional gunmen and some businessmen.

The minister of finance earlier this year created headlines when he asked the private sector to cease “robbing the treasury”. He was taken to task and subsequently modified his position.

There is the perception that in Jamaica today you can commit any crime and chances are that you will go free. The witness will not show, you will have a battery of high profile lawyers to ensure you are acquitted, and all that is needed is the right sum of money to pay the right attorney. It appears that witnesses are not inclined to run this gauntlet knowing full well that in many instances their efforts are in vain or they and their families are at risk and may be eliminated.

Can confidence be restored in the Jamaican justice system? Does the system still appear to be structured around class, with the accused who is poor and unrepresented destined to be tried and convicted and people of financial means and status go free? Will witnesses ever repose confidence in the system? Will we resort more to the laws of the jungle?

It may be helpful to have a national poll on the public’s opinion as to the state of justice in country, the factors which would elicit participation from the citizen, and how the deterioration can be stemmed.

Who is responsible for this deterioration, is it the police, the judges, the attorneys, the citizenry, is it the structure, or the system?

The Prime Minister has announced his crime plan. Can it work on a shaky justice system? You be the Judge.

Writing in the Sand

Transferring the Olympic Winning Knowledge to Other Challenges