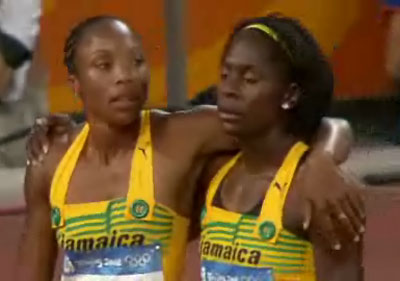 Jamaican athletes console each other after their botched baton change.

The race was won by Russia in a time of 42.31 seconds, followed by Belgium and Nigeria.

Jamaica’s Kerron Stewart going without the baton on the third leg.

A focused Veronica Campbell-Brown waits in her anchor position before the start.