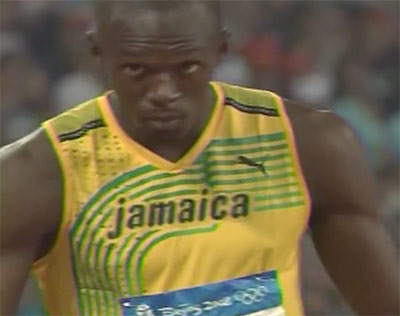 Going for the mark.

Lightning does strike twice in the same place. Jamaica’s Usain Bolt ran 19.30 sec in the men’s 200m finals to take gold in both the sprints in which he set the games and world records.

American Wallace Spearmon had crossed the line in the bronze medal position but was later disqualified for stepping out of his lane.

Bolt told the BBC after his sensational win: “It’s great. I have a great feeling.

“This is a dream come true. You come out every day to be a champion and I’m just happy.”