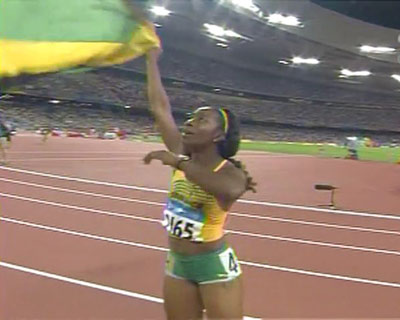 A New York Times columnist quotes Michael Specter, in the New Yorker: “There was a brief five-year period when we could get away with treating Russia like Jamaica — that’s over. Now we have to deal with them like grown-ups who have more nuclear weapons than anybody except us.”

Some friends and colleagues were insulted by the Jamaican reference in the bashing of Bush on his ineptitude in dealing with Russia’s incursion into Georgia. It doesn’t make sense to take these insults personally anymore because they’re handed out across the board by the US and its journalists. It’s just as – and possibly even more – insulting to the Russians to suggest that they can now be treated as bigger children than Jamaica.

Yes, the Russian schizophrenia over their Eurasian status has survived the Tsars, the Kremlin and and now again, old mother Russia under Vladimir Putin. Apart from the fact that the Soviet Union had used its Russian culture to exercise hegemony over the satellite states by depositing Russian enclaves who/which are now the source of territorial disputes, Moscow still needs to show Western Europe and the USA that it is their social equal, using military territorial grabs.

It’s almost easy to sympathise with the Russians. Just read “analyses” of the rest of the world by Time, the Economist and other Western media, and you’re likely to feel like a piece of shit occupying their universe by accident: the world is gobbling up resources that is rightfully theirs; other countries are advancing technologically on their science; most insulting, China with a history as old as time is being admitted (not welcomed) to civilization by hosting the Olympics.

The aftermath of European global land grab continues to haunt the rest of the world. In Central America, where Guatemala, one of Spain’s former colonies claims most of Belize, one of Britain’s possessions, it was reported that the government in Belmopan that the Cabinet had endorsed the recommendation of the Organization of the American States (OAS) to have the International Court of Justice (ICJ) settle Guatemala’s claim to Belizean territory.

OAS, secretary general Jose Miguel Insulza, is reported by Amandala newspaper in Belize city, to have said that Guatemala has agreed to the ICJ procedure. But the history so far is that Guatemala is adamant that it will possess Belize. We’ll see how that gets sorted out.

In West Africa, Nigeria handed over an island in the Niger Delta region to neighbouring Cameroon to end another claim. Nigeria handed over the potentially oil-rich Bakassi peninsula to Cameroon, bringing an end to a long-standing dispute over the territory, after accepting an ICJ ruling was based on an early 20th century colonial agreement between Britain and Germany.

Now the administration in Abuja is faced with the prospect of wider national displeasure at the move even as the country faces rebel action in the delta region by rebels dissatisfied with the sharing of the oil wealth.

But the Caribbean region had a bit to celebrate at the Olympics. On Saturday, six nationals including three Jamaicans, a Trinidadian and a Netherlands Antillean were in the finals of the 100 meters sprint, which ended with Jamaican Usain Bolt leading home Trinidad’s Richard Thompson in a new world record time.

And if that wasn’t good enough news, three Jamaicans were in Sunday’s women’s finals and they copped the three top spots with Shelly-Ann Fraser taking gold and her compatriots Sherone Simpson and Kerron Stewart sharing the silver medal after a dead heat.

On August 17, 1951, Hurricane Charlie, the most devastating to that time slammed Jamaica, and some recognising the date as his birthday said it was Marcus Garvey’s revenge, citing his writing from Tomb’s prison where he was jailed, “look for me in the whirlwind”, as imprisonment did not deter his attack on the world system that had taken the land and humanity of Africa.

While old ghosts haunted Russia, it may have been Garvey in the whirlwind that blew the Caribbean sons and daughters to victory in Beijing, with the message: Jamaica and the Caribbean are growing up.

The Silence of the Sands