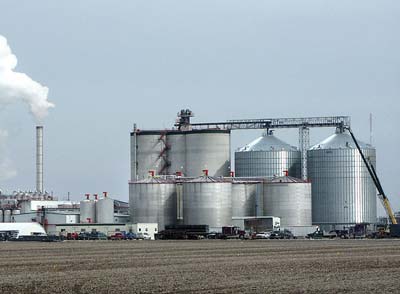 The recent so-called divestment of Jamaica’s sugar industry.should rather be termed “dash-wey”, for it is nothing short of a give-away.

Prime Minister Bruce Golding’s administration, its wish to be perceived as “di bus driva” notwithstanding, has simply tossed over the keys of the bus of state to the Brazilians, and for a huge fare (75% of equity in Petro Ethanol), have scampered to the passenger seats, contented and oblivious to the bumpy ride ahead.

With an Energy Minister who has demonstrated no felicity with the science, philosophy nor geopolitics of energy, the administration has hammered the final nails in the island’s energy coffin. Amazingly, while the government proclaims the substantive merits of food security, it recklessly disregards the equally salient merits of energy security, oblivious to the fact that they are opposite sides of the same coin!

As a result Jamaica now has the obvious dysfunction of having all its energy platforms under foreign control, viz:

Jamaica’s energy platforms are substantially now controlled by entities whose interests are most likely not coincidental with our own, to our detriment! What does this mean, or more importantly, portend for Jamaica? Let us examine our present dispensation vis-à-vis Jamaica Public Service (JPS). It has never been in the company’s interest to become efficient in its operation of generating, transmitting and distribution of electricity to Jamaicans, as all costs associated with inefficiencies could be passed through to the hapless Jamaican consumers, resulting in the island having among the highest per kilowatt-hr unit cost worldwide!

Recall the oft-overworked mantra of those doing the divestment: modernization via injection of foreign capital, efficiency improvements and ultimately low cost to consumers etc., with hardly any results materializing, yet we hear the same song from the Golding Cabinet! It is incredulous that with this experience fresh in the Jamaican psyche, that the government did not change course.

The deed having been done, the obfuscation and “spinning” have commenced almost immediately. In the Sunday Gleaner, July 13, 2008 headlined “E10 to Bring Down Cost of Fuel at the Pump”, the Energy Minister is quoted as saying, “ …we have not signed off yet to see that actual pricing formula, but what obtains internationally, is that blended gasoline with ethanol is in fact cheaper than gasoline with MTBE .”

This is another instance of fallacious reasoning which characterizes the incoherence emanating from the PCJ building. The mere fact that a premise is true in one instance does not mean that it can be generalized to all instances.

This researcher wants to be on record saying ethanol blends will not be cheaper, contrary to the assertion of the Energy Minister. Why? Examine the instances in the USA, Canada and OECD states (Organization for Economic Cooperation and Development) where ethanol blended gasoline is cheaper, but by government fiat. Through a smorgasbord of tax breaks, import tariffs and compulsory usage, biofuels were subsidized to the tune of US$11 billion in 2006, and it’s on this platform that they are cheaper.

Is the Golding administration planning to subsidize a private Brazilian company, when it had bemoaned the subsidy of the indigenous Sugar Company of Jamaica?

For it is only with massive subsidies that first generation fuel ethanol is viable, even in Brazil! And with Jamaica not possessing any overarching endowment, neither competitive nor comparative advantage, fuel ethanol cannot be cheaper without subsidies under whichever guise.

Lost on the administration is the fact that fuel ethanol only makes sense internationally from a political stance and not a technical one, and whatever the merit of the former it is very expensively justified.

Unbeknown to the plethora of energy advisors having the ear of the Prime Minister and Minister of Energy, Jamaica would be better off consuming plain gasoline (no ethanol or Mtbe), and use its sugar assets for higher value added products from sugarcane production, such as butanol, methanol, bioplastics, nutraceuticals and a panoply of wealth-creating derivatives of sugar that I have advocated for years. Instead the administration is not changing course, and is rushing headlong into the Stone Age, oblivious to the nascent but emerging world of sugar, the chemical of the future.

With our sugar industry consigned to the Stone Age and our energy platforms fortified against the winds of modernization, “Wi corner dark.”

Trevor Bogle, aka The Energy Man, may be reached at bogle108@yahoo.com