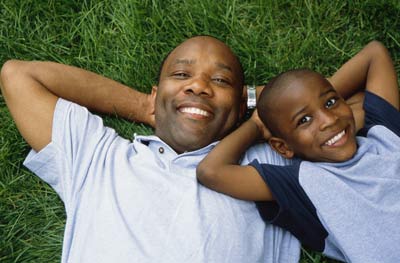 Lanny Davidson had not seen his seven year-old daughter in four years. Since the breakup of his marriage and he was granted custody of his son, he had been ever mindful of her welfare, but much more than that, he wanted to play an active role in her life. The visitation rights had amounted to naught, for she was nowhere to be found. He and her brother felt the pain of her absence, a void that continued to haunt them night and day.

But Lanny did not give up. He almost took up residence at the Family Court in Kingston, so determined he was to get the court to overturn its decision to deny him custodial rights to his daughter. It was there that he became aware of scores of other fathers who were also unrelenting in their efforts to gain custody of their estranged children, men who felt that the biases that presumed that they could not be effective single parents to their daughters, could not stand. Lanny heard stories similar to his own, of the emotional distress that many of these fathers endured having been ripped from the lives of their children, with no networking organizations to provide psychological support.

Lanny was eventually successful in his four-year fight in the courts, and in November 2001 founded two groups, Fathers in Action and Fathers Crisis Center, with the objectives of addressing some of the concerns and providing emotional support for those men who shared his plight.

Fathers in Action assists single dads from all walks of life with parenting, especially those lacking the resources to find solutions to their problems. The organization also assists single mothers by organizing activities for their children, particularly boys. Quite an outdoors man himself, Lanny and his crew of dads plan fun activities like dirt-bike riding, fishing, hiking, swimming, camping, religious activities and father-son retreat weekends in St. Mary. But Fathers in Action isn’t just about the great outdoors. “We also go to schools, when invited, to give talks to the boys about the importance of education and on other motivational topics”, Lanny explains. “We currently have a program to teach boys, and an increasing number of girls, to ride motocross bikes, as we have found it builds confidence, improves self-esteem, behavior and school work.”

While Fathers in Action provides the activities and the social network, its arm, Fathers Crisis Center focuses on rendering assistance to those seeking to secure custodial and visitation rights, who may face have serious challenges with the Family Court and/or a spouse. It also deals with paternity disputes, and provides assistance with DNA tests to secure evidence.. 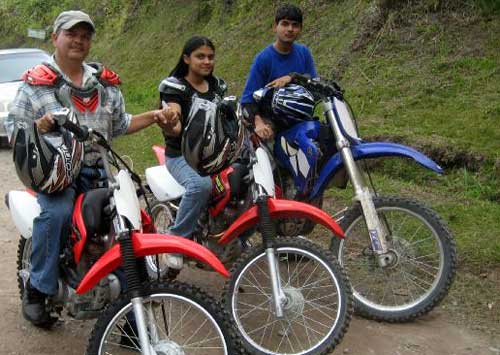 “Most men have never heard of such a test to prove paternity and don’t even know where to go to do such a test”, Lanny says. “We also provide free legal advice through a member who is a lawyer, and also have in our group a clinical psychologist who gives free consultation for those in dire need”. For Family Court issues, we may refer men to well-recommended lawyers.” Lanny also points out that the group provides assistance to male victims of domestic violence.

While both organizations were formed to support men, Larry claims that the first appeal for help was made by a woman who heard about the group on a radio program and turned to them for assistance. The Women’s Crisis Center and Women’s Media Watch from time to time also refers men and boys to Fathers Crisis Center for much-needed counseling.

There is no sign on the building at 5-7 Dunrobin Avenue in St. Andrew where the crisis center is located, and the services still remain unlisted, but its existence is well-known, its services mainly conveyed by word of mouth. A telephone number left on the door at the Kingston Family Court directs those in need of help. For those who do not want to go to the center itself,meetings can take place in any public space, and much of the counselling is done on the phone at 876 893-9340.

For those concerned about confidentialty and divulging personal information, Lanny is assuring. “They can get in touch with the crisis center because everything that we talk about is absolutely private and confidential,” he says. Lanny is driven by the incremental successes from the efforts of the group, and reminds me of their bumper sticker that proudly states “Fathers love their children too.” To Lanny Davidson, fathering goes far beyond being a sperm donor, and though the ideal is to have both mother and father rear the child, a good father can be a most effective single parent, if the need arises. He is a firm believer in the 17th century proverb: “One father is more than a hundred school masters.”

Fathers in Action and the Father’s Crisis Center are non-government, not-for-profit, voluntary organisations. They accept donations, and there is currently a drive on to collect the necessary funds for registration.

You can email Fathers In Action at fathersinaction@gmail.com