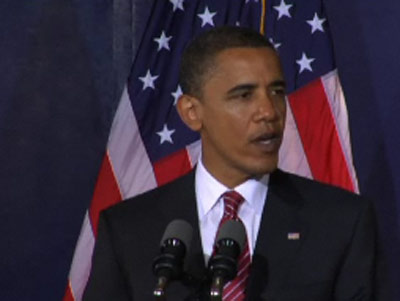 Whatever you think of Sen. Barack Obama’s politics or rhetoric, one thing’s certain: His run for presidency has inspired more than one to register to vote.

In some instances, it means first becoming a citizen, like the Rev. Edsel Goldson, the newly appointed pastor at Renton First United Methodist Church.

At 63, Goldson is tall and slender with graying hair, a contagious smile and an accent that hints at his native Jamaica. His father was a minister who spent most of his active years serving mountain villages.

Life was primitive. Goldson, who walked four miles to school and sold chickens to augment his father’s income, was 19 before he lived in a home with electricity. For years, his father traveled on horseback to the villages he served. Goldson still recalls the family’s excitement in 1962 when his father finally bought a used Volkswagen bug.

An aunt in New York offered Goldson help so that he could attend college. On August 10, 1965, he left Jamaica for the United States.

“Landing in New York was like landing on the moon,” he says now. “Nothing looked familiar.”

He attended Culver-Stockton College in Missouri on a scholarship. During the summers, he worked as an elevator operator at Rockefeller Center. After graduation he went on to the Christian Theological Seminary in Indianapolis, finished in 1972 and was ordained the same year.

In 1978, while serving at Grace United Methodist Church in Seattle, he met Gertie. They married three years later.

His wife, who was diagnosed with multiple sclerosis at age 20 and uses a wheelchair, “is stunningly beautiful with a clear identity of who she is as an African-American,” he says with undisguised pride. “She is very bold and forthcoming with her opinions.”

It’s through her, he says, that he’s learned some of life’s most important lessons.

“She has taught me about faith and how to deal with life’s unexpected hardships and that one can be healed without being cured, which to her means not being a victim and not letting MS prevent her from living life with excitement and fulfillment,” he said.

Before coming to Renton, Goldson spent the past six years as superintendent of the Puget Sound District of the Pacific Northwest United Methodist Church, a role that meant supervising 35 churches.

For the past 43 years, citizenship didn’t entice him. Until now. Credit Obama, he says.

“He moved me to take action I never thought I would,” says Goldson, who still feels strong ties to Jamaica.

“It’s amazing, but perhaps not surprising that it would take a black man with African ancestry, and such multicultural background, to motivate and move me to become a citizen.”

A year ago this month, Goldson applied for citizenship. Last week, he passed his citizenship test.

On Thursday, in Tukwila he’ll be sworn in as a citizen.

“I’m going straight from there to the voter registration office,” says Goldson, who is working actively on the Obama campaign.

But Goldson, who has worked on a number of social issues during his career, says voting is just half of civic responsibility. “Too many people throw up their hands and don’t do anything else,” he says.

“I think you also need to be about holding your elected officials responsible. Voting alone is not going to change things.”

Goldson envisions an America “respected globally because it models and stands for treating the least, weakest and poorest with justice and compassion.”

For him, Thursday’s swearing-in likely will be emotional.

After all, despite the changes he hopes for in this country, what he has gained here is not lost on him.

“When I think how much America has blessed me over these 43 years I sometimes cry with deep joy and great appreciation,” he says.

Mary Swift is a freelance writer