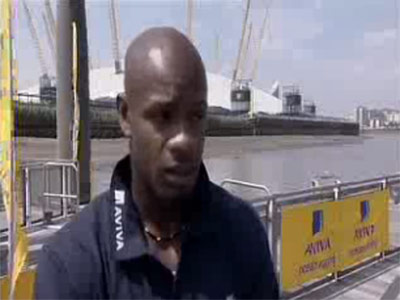 Asafa Powell in London last week for the Grand Prix

At the Aviva London Grand Prix, winners included Jamaican sprinter Usain Bolt, who won the 200 meters in 19.76 seconds, countryman Asafa Powel who took the 100 meters in 9.94 seconds and Kerron Clement of the U.S., who won the 400 hurdles in 48.36 seconds.

Powell and Bolt, the two fastest men in the 100, spoke about preparing for the Olympics in Beijing, with Bolt addressingwhether he’s lilely to run in both short sprints.

A Chance to Smell … if Not the Roses, Something Else