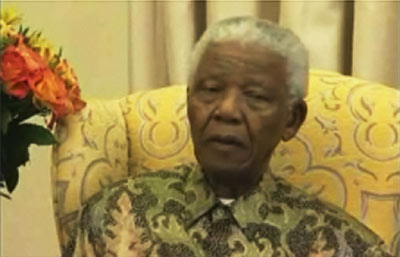 Mandela remembers the forgotten on his birthday.

Nelson Mandela marked his 90th birthday Friday, July 18, and many paused to reflect on his legacy to the world: peace through equality, justice and temperance, and forgiveness.

Mandela, slowed by time and the ravages of 27 years in apartheid’s prison for standing up for African human rights and freedom, still showed concern for the downtrodden and the forgotten when the focus turned to him.

He called on the rich to show concern for the poor and for the able to remember the aged who may not attract the attention we continue to shower on South Africa’s first post-apartheid president who ushered in change without rancour, saving his nation from the precipitous path of most post colonial societies.

What more can we say of a man who wishes the best for the rest of us?

Caribbean Community Condemns Trampling of the Democratic and Electoral Processes in Zimbabwe.

Global Economy Could Rebound – If…