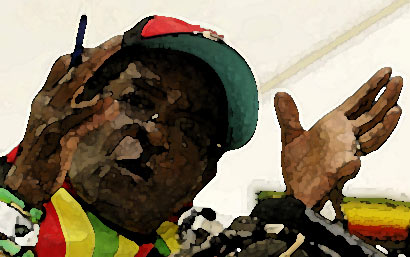 Marcus Garvey influenced a generation of Caribbean and American people of African descent to strive to uplift themselves from the devastation of European colonialism on their ancestral continent. But he did not only influence the African Diaspora which was taken away by the system of slavery in English, Dutch, Spanish, Portuguese and French colonies.

The anti-colonial fighters like Nkrumah, Lumumba, Kenyatta and Nyerere came under his influence of a vision of Africa, that was later taking shape in the post-colonial Organization of African Unity, now the African Union. Even the Japanese nationalists are said to have taken inspiration from Garvey.

Garvey was a man of his times. While the old colonialists were seeking to extend their grip on Africa, Asia and the remaining New World colonies, new players like Belgium and Italy were ruing their missing out on the golden days of African plunder going after the Congo region and Ethiopia. Russia had thrown off the imperial crown with their socialist revolution; Ben Gurion was leading the fight for a Jewish state; China was resisting Western occupation and Gandhi was inspiring Indian independence.

In the post-Garvey era, Southern Africa – Angola, South West Africa, (Namibia), Mozambique, Rhodesia (Zimbabwe) and South Africa were the remaining territories to be liberated from the extreme imperialism and racism of Portuguese, German, English and the Anglo-Dutch-German overlords. And the sons of Garvey, the Rastafari singers of Jamaica and the Caribbean lent their voices to the liberation struggles of their motherland and the Wailers played the Zimbabwe independence concert. Natty had stepped it “inna Zimbabwe”.

The withdrawal of the oppressors did not signal easy births into the world of liberal multi-party democracy. The various freedom fighting factions turned on themselves after the end of the war against the common colonial enemy: In Angola, in Namibia, in Mozambique, the story was from the same script. Even in the last of the freed states, South Africa, the Zulu faction Inkatha, and the African National Congress ruling-party were engaged in physical fights after Nelson Mandela became president.

Zimbabwe’s Patriotic Front split into its composite groups after Ian Smith was kicked out but the internecine squabble didn’t appear to have impacted the country in the horrendous way of say Mozambique where the MPLA and FNLA were at each other’s throats for years.

Mugabe’ failure to deliver the fruits of freedom and democracy has had the benefit of the Lancaster House Agreement on which to hang the coat of blame for his regime’s social and economic ineffectiveness. The Agreement was to have helped to correct the stealing of the land of the native people by Cecil Rhodes and his successors by a gradual process of land allocations to Zimbabweans. Opponents say Mugabe has abused the process by using the lands to reward cronies.

When the masses have complained, Mugabe chose the populist approach by blaming the ond white land owners, Britain and the USA for the slow pace of change and began using methods outside the Agreement to reclaim lands which continued to flow to cronies.

Like the argument for reparations for the descendants of the Western enslavement, Mugabe’s emotional arguments may appear sound. However, the axis of economic power in the global economy cannot be tamed through terror on local populations. Like George Bush’s doomed war on “the axis of evil” it is increasingly clear that violence and the abuse of agreed democratic principles serve only to engender more violence and extend instability in areas of activity far removed from the war economy.

Japan, Korea, China and India have taken the fight to the economic battlefields and are winning. So are Russia and the former Soviet satellite states.

Mugabe’s barefaced, wanton decimation of the country’s loyal opposition and the proclamation of himself as president following a sham election is a gross abuse of democracy and progressive advancement. Mandela and the ANC learned to live with the axis of economic evil and the country has not descended rapidly into the pit of abject poverty that has been the case of much of the rest of Africa.

While we do not believe that the aberrations of an errant member of a race or nation should be the tar brush of the rest – Mugabe isn’t an exemplar of Africa any more than Hitler is for Europe – there are people who do. We have read extreme right wing white supremacists who are eager to see Barack Obama take the White House so that other whites can see the rapid descent into which the USA will fall because a child of Africa is at the helm. Mugabe plays into the hands of such folks.

Jamaican artist Jacko Atankoo (Jackson Gordon) created a poster in the 1970s with the caption: “Thank you Garvey for opening Africa’s Eyes.” Today we may have to say “Thank you Mugabe for closing them.”

We welcome your views.

IMF Predicts 2009 Recovery of US Economy