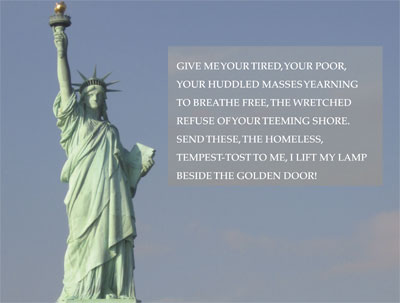 Last week US Secretary of State Condoleezza Rice presented the seventh annual Trafficking In Person’s Report (TIP). It condemns and seeks to exterminate from the world, this explotative practice.

“The Department of State is required by law to submit a Report each year to the U.S. Congress on foreign governments’ efforts to eliminate severe forms of trafficking in persons.” So starts the introduction of the 2008 Trafficking In Person’s Report. Trafficking in persons is an issue of concern to every person of Caribbean extraction, because of our history of expolitation via the transatlantic slave trade.

It’s another shared concern of the US, or so officials say, hence the creation of this report by the Bush administration seven years ago:

“Dear Reader:
“This year, America commemorates the bicentennial of its outlawing the transatlantic slave trade. In the decades following, this nation was ripped part by a bloody civil war which sought to reconcile the words and deas which birthed the United States and the brutal reality of a society ueled by the blood and sweat of human bondage.

“The same lie which underpinned the transatlantic slave trade of the eighteenth and nineteenth centuries, namely that some people are less than human, is the very lie that uels modern-day slavery.”

This quote is from Ambassador Mark P. Lagon, also in the introduction of the report.

My first instinct was to search the document, which covers 170 countries, for the status of Caribbean countries in this nefarious activity. And there it was, to my trepidation, “Jamaica is a source, transit, and destination country for women and children trafficked for the purposes of sexual exploitation and forced labor.”

The horror of it all, after the struggle of the Maroons, Sam Sharpe, Paul Bogle and George William Gordon, Marcus Garvey and his disciple Bob Marley, “Emancipate yourselves from mental slavery,” here we were, still buying and selling people.

The report is conveniently arranged alphabetically so I jumped over to the “T” section to see if Trinidad and Tobago was there as we’re always so competetive in the Caribbean. Well, Jamaica won, there was no sign of Trinidad except when mentioning Venezuela and some other nearby places. How about Barbados? No Barbados either.

At Abeng News we’re literate right? So passing by the Tees we glanced at the Us (that’s plural of U; sorry we can’t spell U) and there it was, ye olde mother United Kingdom. So Jamaica isn’t in bad company after all I thought as I searched for United States. No luck finding it. But I did find France and Japan as I tried various tricks like searching in “A” for “America” and T again for “The United States”.

Well there you have it. No bad things like prostitution, exploitation of undocumented immigrants and so on happen in the USA. Not since the transatlantic slave trade was outlawed. One could assume that as goody two shoes puritans there’s no narcotic drugs trafficking problem either.

There’s another part of the TIP that grabbed my eye. It’s in that picture at the top of this page copied, from the report and adjusted with the help of Photoshop so the text would fit the space we have. Is that an invitation to Jamaica and the other countries with a TIP problem to keep exporting their people to the land of opportunity with the hope of getting remittances in return?

Don’t take this as a light query. I’m just as sertious about this trade in people as Condi Rice is. If you want to read the Jamaica section of the report, you may download the attachment.

What do you think of all this?

Obama’s a Star in Asia