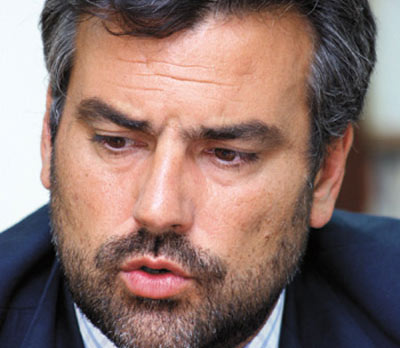 The verdict has been out for sometime now. For having flagrantly disregarded building codes, the Riu Group is being cut down to size, three floors to be exact, with demolition being apparently the only work activity officially sanctioned at the beleaguered site. While the buildings appear to be under siege from the sledgehammers, the Riu Group must seek to repair its own battered image from the steady fusillade of adverse publicity it has sustained over the recent weeks.

Whatever the explanations and recriminations, they are all water under the bridge, and Rui, if it intends to capture the spirit, imagination and approval of its various publics within the Jamaican context, will need to effect a public relations campaign to rival if not surpass the effective media machinery of its local competitors in bolstering local support.

The Group cannot afford to be reckless in any aspect of its operations, having attracted the powerful glare of the spotlights from environmental groups, and raising the ire of one of Jamaica ’s most decorated hospitality mavens. And will the lights go away in this Battle of the Brands? The Riu Group would do well to realize that in the harrowing world of doing business in Jamaica , what is good for the goose is not necessarily good for the gander, and that the letter of the law should remain their mantra.

The questions on the lips of many Jamaicans still is what had triggered this flood of Spanish investment to our shores, and what benefits does Jamaica stand to derive from a “Spanish Invasion” this second time around?

Abeng News caught up with His Excellency Jesus Silva, Spanish Ambassador to Jamaica , to pose these and other questions regarding the social and economic advantages to be enjoyed by Jamaica with the current focus of several Spanish resort groups on the tourism and hospitality sector.

Ambassador Silva seemed surprisingly unguarded and off-the-cuff with his remarks, but then he must have had a lot of practice as a career diplomat. He set the record straight by advising me that he woud not profess to speak on behalf of Riu and will not attempt to provide explanations for the current impasse. His first concern was that 1300 workers will be unpaid because of work stoppage, and 6,000 reservations hang in the balance, as the opening date for Riu Mahoe Bay becomes more elusive with the setback of site closure.

I learned that it was a delegation of emissaries of the Jamaican government journeying to Spain some eight years ago seeking investment, who had issued invitations for these companies to invest in the Jamaican tourism product. An excellent prospect, since as the Ambassador correctly stated, “ Jamaica is a natural choice, and has a strong advantage to become the premier league player in the Caribbean because of its size, the diversity of the scenery, and the naturally warm hospitality of its people.” The Riu Group, which had expanded its interests as far afield as Indonesia , was the first Spanish company to show interest, and Jamaica was to become the first English-speaking destination for the Group.

To cement the commitment of the consortium of the eight resort companies that chose to invest heavily in Jamaica’s tourism sector, the Spanish Jamaica Foundation was founded in July 2006 as a non-profit organization designed to “deepen the friendship between the people of Spain and Jamaica.”, with its primary aims and objectives including “the promotion of cultural, educational and other exchanges and collaborations between the two nations.”

Ambassador Silva in his capacity as honorary president of the Foundation, reiterated this commitment in stating that in addition to furthering the development of the local tourism product, it is the intent of the investors to contribute to nation-building and community development through funding from his government and from the consortium. Already the foundation has seen the birth of Jamaica National Heritage Trail, collaborating with the Jamaica National Heritage Trust to promote heritage sites around the island and help to enhance awareness of Jamaica ‘s rich history, at the same time promoting income-generating opportunities within local communities. The Foundation also boasts the establishment of the Real Madrid Football Academy , designed to foster social integration of otherwise idle youth between the ages of 7-12 years. The Spanish chains comprising the Spanish Jamaican Foundation are as follows:

Of the Spanish hotel groups that have answered Jamaica’s call, Ambassador Silva sees 12,000 direct and 30,000 indirect job positions spawned by the initiative, and disclosed that 95% of the staff would be Jamaican. Skills training was cited as one area of high priority, and to this end the Spanish government would provide funds to establish a training institute with the renowned Mallorca School of Hospitality in Spain as its model. Scholarships and fellowships in Spain would also be provided for local Spanish Teachers in a “Train the Trainer” programme designed to promote wider use of the language and increase the proficiency levels of those local employees in the sector.

The consortium also seeks to boost local agri-production, with the Spanish government providing US$2 million to provide the latest technological advances in hydroponics and greenhouse technology. “Whatever can be produced locally will certainly be used in the resorts, and will be favored over imports”, the Ambassador stated, noting the key advantages of hydroponic controlled environments as minimal use of land area, most efficient use of water, fertilizers and pest control.

And will airlift pose a challenge in transporting the European holidaymakers to our shores to fill the thousands of rooms? The Ambassador thinks there is more than adequate provision. “As early as June 5 there will be weekly charter flights from the Iberian peninsula, with the promise of further expansion.”

It should be noted that Sangster Airport is also being controlled by the ACS Group (Actividades de Construcción y Servicios), one of the companies in the Spanish consortium, and Ambassador Silva envisions the Norman Manley Airport in Kingston benefitting from the company’s expertise as well. He sees the key to maximizing the influx of visitors as liberalization of air traffic, as “there is no merit to be gained from blocking other airlines from operating flights into the island.”

And what of Seville , his home base in Spain ? Are there plans to twin that city with a Jamaican one to further promote goodwill between the two countries? What better choice than Spanish Town, St Jago de la Vega, the old capital, which will benefit from assistance to facilitate the restoration of its historic beauty.

On the subject of Riu in the shadow of adverse publicity, the Ambassador is optimistic the situation will be amicably resolved, and the Spanish government is closely monitoring the events.

“It is extremely important for governments to have good relationships, instead of resorting to harsh measures to solve conflicts,” he stated.

I tend to agree wholeheartedly.