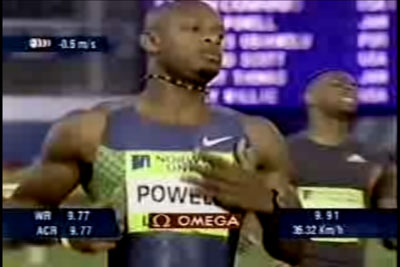 World 100m record holder, Asafa Powell, is set to take on world champion , Tyson Gay, at the Aviva London Grand Prix on July 25-26 at Crystal Palace three weeks before the Olympic 100m final on August 16. UK Athletics officials praised the “strongest grand prix line-up ever seen in the UK” as the 10th year of the sport’s partnership with the Aviva Group was launched.

Gay, for his part, is respectful of his oponent:

The Olympics – Magnet For Conflicts