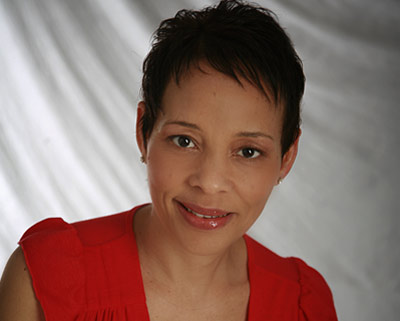 Four and a half million viewers of ABC TV’s Good Morning America met 47 year-old MaryKay Mullally on May 1st, one of the five women over 40 chosen as finalists in the nationwide “Picture of Health” competition. ABC and Prevention fitness magazine had for months scoured the nation seeking women over 40 who inspire others to make healthy choices, and MaryKay was thrilled to find herself in the top five of the hundreds who entered the contest. Like the other finalists, setbacks of the past had merely increased her determination to keep fitness as her lifestyle.

When the Jamdammers came to San Diego in 2000 to run the Rock and Roll Marathon and MaryKay learned the running club hailed from her homeland Jamaica, she just didn’t get it.

“At first I thought they were absolute lunatics,” she confesses, “punishing themselves training in the murderous heat.” But as MaryKay observed their buoyant spirits and commendable performance in the marathon, she thought that if they could train and compete in 90-degree temperatures, then surely she could do better in the coastal desert climate of San Diego, a Mecca for half-marathoners, with its low humidity, varied terrains of flat coastal and hilly runs and a year-round high of 80 degrees. MK decided right there and then, that she would run her first marathon before she turned 41.

Just a decade earlier, before MaryKay turned 30, she had already lost both parents to cancer, and seven years after her father succumbed to his illness, she lost her brother Peter as well.

“It was devastating to lose three family members in a little over eleven years,” she said, “I realized that if I wanted to be around to see my children get married, or become a grandmother, then my health would be in my hands.”

After months of dedicated training, MaryKay crossed the finish line at the San Diego Marathon in January 2002, two months before her 41st birthday.

“No words could describe the exhilaration, the incredible feeling of empowerment, the emotions I felt when I realized that dream,” she said. She went on to complete five marathons, including the famous Boston Marathon with her best time of 3 hours, 31 minutes.

Before she turned 30, MaryKay had already lost both parents to cancer, and seven years after her father succumbed to his illness after a long battle, she lost her brother Peter as well.

“It was devastating to lose three family members in a little over eleven years,” she said, “I realized that I had to take care of myself if I wanted to be around to see my children get married, or become a grandmother, then my health would be in my hands.”

So in 2004 the Jamaican native founded “Step Up For Life”, an organization promoting the empowerment and upliftment of women with a focus on the beginner’s half marathon training, weight management, healthy eating, personal development and community involvement. Her organization helped raise over $10,000 to assist a wheelchair bound, legally blind woman whose canine companion and helper died, leaving her heartbroken.

The organization found a replacement for the dog and went on to assist other disabled folk who had also lost their animal companions. As her network grew, MaryKay found countless other women were hungry for the encouragement in getting healthy and staying fit, and before long she had close to 1000 women thanking her for her dedication, inspiration and support to help them realize their dreams of crossing the finish line of various local half-marathons.

The St Andrew High School alumna holds a BSc in Speech Pathology, as well as an MBA and MSc in Information Technology from the University of Miami. Her biggest fans and source of inspiration is her own family, husband Rob, and children Ryan and Tara, aged 19 and 17, but MaryKay needs your votes to get her to the finish line in this contest.

“I entered the competition because I want to be able to share my secrets for vibrant health with the world and touch more lives. I want to uplift others by being an example of good health and someone living a healthy balanced life,” says MaryKay. ”I know how to overcome the self-sabotage and how to teach people to overcome the barriers to their goals. We Jamaicans are known for being determined and for making our mark in the world. We likkle, but we ‘tallawah’. I know that with the support of my fellow Jamaicans and the Jamaican community I can make Jamaica proud by winning the competition.”

To help MaryKay win “The Picture of Health” competiton, cast your vote at abcnewsnow.com/pictureofhealth. The winner will be announced on Good Morning America in early June and appear in the September issue of Prevention. A $5,000 donation will also be made to the charity of her choice. MaryKay’s charity is NEADS – which takes unwanted dogs from shelters and trains them to be service animals for the disabled.