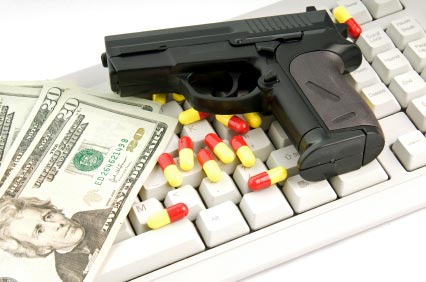 On the surface, nothing links Jamaica’s collapsed Cash Plus alternative investment scheme, the debacle of the exposé of Spanish company RIU flouting its municipal council approved building plan and going four floors up instead of three near Montego Bay’s airport, and the slaughter of a dozen people in the Guyanese village of Buxton. Nothing, that is, until global economic liberization and illegal drugs trafficking are factored in.

The principals of these companies likely have nothing to do with drugs trafficking of any sort; neither may the Guyana mayhem. It is the spirit of the times that places the players in the same ether.

Remember the good old days of the 1970s when the genteel furniture magnate Leo Henry was murdered in cold blood in Kingston? It sent shockwaves through respectable Jamaica and the whispers in the undercurrent spoke of the ganja trade in the same breath as the slaying.

We’ve come a long way since then. The Soviet Union is history. The People’s National party’s Michael Manley, is dead. His one-time nemesis, the Jamaica Labour Party’s Edward Seaga, is a respected elder statesman/academic and the constituency he controlled is now held by Prime Minister Bruce Golding who speaks of a JLP commitment to dismantling the garrison politics which pitted pro-Fidel Castro PNP socialist communities against pro-USA labourites.

It is questionable whether political ideology is the divider between the old neighbourhood gangs. Further, the domestically owned ganja trade now plays second fiddle to Canadian house-grown weed in North America, even as crack cocaine from South America, ecstasy from Northern labs and Eastern opium derivatives have taken over as the stimulants of choice among the USA sophisticates.

The Caribbean was an early target for the South American cocaine kingpins, the scattered Bahamian islands being among the first to be plucked off as intermediate staging grounds to dump their contraband on the demanding US market.

Haiti, with its dictatorships under the Duvaliers was another easy choice with a single don at the top with whom to conclude business – a one stop shop. Antiguan-registered small air planes were abandoned by their owners after being intercepted by US Drug Enforcement Administration (DEA) assisted oeprations.

When I visited Grenada in 1991, I met the chief coke distributor in St George’s, who had no qualms in showing me how his business was organized, with boys on the street as lookouts; detailing certain cops on the payroll as well as who were his clientele that included some of the then glitterati of the Jamaican reggae scene when they were in the spice isle.

The story was the same in every Caribbean Community territory I visited over six months on a UNESCO-sponsored assignment for my then employer, the Caribbean News Agency (CANA) and in the wrap-up piece in a series of articles, I concluded that the illicit drugs trade was likely the next major CARICOM crisis, rather than the Yasin Abu Bak’r Islamic militant coup event such as Trinidad had survived nine months earlier.

By 1993, the Colombian tentacles had taken root in Jamaica and had spread its cancerous nodes into the soft investment areas of reggae. When a colleague planned an event to mark a reggae anniversary, a Jamaican artiste told offered to introduce a person who would finance such a venture.

They drove to a residential area of Montego Bay to meet the potential investor and got there after dark. As they approached the house the artiste made sounds to attract attention. When finally the door opened, a local henchman with an Uzi admitted them with, “Oh a you? Come een dread,” (It’s you? Come inside, dread.)
My friend could have pissed his pants at having just walked into a den where he could have lost his life. Fortunately the financier was not home and my friend left the island before the funding meeting.

So come 2008, the umpteenth year since Jamaica’s politically tribalized crime has diminished but blood curdling murder has escalated to 1,500 a year average (more than 560 in the first quarter of ’08); Guyana experiences unprecedented levels of gangland style murders with military precision and the US is seeking the extradition of one of its political leaders; and the Bahamas has an ugly crime face disguised by pretty touristy pictures.

Jamaica gets a new Minister of National Security, retired army colonel and former police commissioner, Trevor McMillan, who takes office on the eve of the annual meeting of regional commissioners of police, held this time in his own capital, Kingston.

News reports quote him as telling the opening session of the commissioner’ confab that the lucrative drug trade is the primary cause of the escalating crime rate across the Caribbean, and that confronting this social ill was a fight that the region needed to tackle collectively.

“It is a task that is beyond the capacity and capability of any one country or institution,” MacMillan declared to the Association of Caribbean Commissioners of Police AGM and conference.

It is not a uniquely Caribbean phenomenon as the May 19 edition of TIME, notes that crime has spread with globalization and was in essence the engine for establishing the capitalist free market system in Russia and its former Soviet satellites. In its way it concurs with Aduku Addae’s Abeng News Magazine article that contends that the criminal complex is an acknowledged, hypocritically denigrated partner of polite society.

And this is where this narrative connects the dots between alternative investment and foreign exchange trading schemes, exposure of illegalities and Caribbean-wide marauding killers. In a globalized marketplace there is but an infinitesimal degree (not three degrees) of separation between questionable activities, money laundering and protection of turf and they all lead to murder.