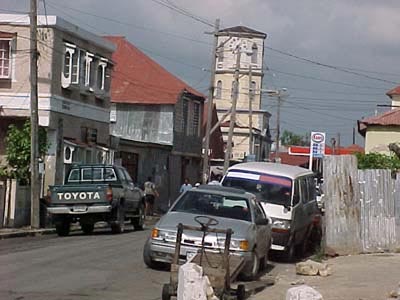 Falmouth… waiting for soemthing to happen…

The next week, back in Kingston, I went to the Ministry office, met with the program supervisor and had myself reassigned to Trelawny. There were no Guidance volunteers there, though there apparently had been in recent years. What harm could it do to try a different parish, one at least on the north coast and one whose people were at least a little more familiar with tourists and consequently might be a little less hostile to white people?

No one in the Ministry seemed to mind. Trelawney was fine with them. Falmouth then, and an older couple, a furniture maker’s family, would be the real start of my Peace Corps service there on the island. I was soon glad for the change and remember thinking maybe that not only would the food probably be safer than in Kingston but that hopefully the looks, comments, and gossip would be kinder than those on the other side of the island. As it happened, I found that was generally the case. As for my assignment, that would be a different story.

In Trelawny at that time, I soon learned there were two, small, Junior Secondary schools, one in Albert Town, deep in the hills and the other in Wakefield, at the far western end of the Parish, again, inland, at the northern edge of a mysterious and infamous area called the “Cockpit.” The Cockpit Country made up about half the interior portion of the parish. It got its odd name, I’d learned during training, from the shape of the hillocks that were jammed together, like the folds of the human brain. It spread across most of the interior southern part of the parish. There were other, smaller schools there in the parish, closer to the coast, but those two in particular were by design, the targets of my assignment. 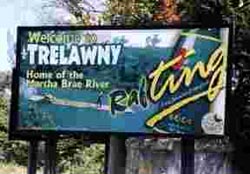 During training, it had been suggested that our group work at that level of school or higher, with that age student and older, and help their teachers accomplish a short list of duties that the Ministry of Education thought those schools should do. The duties included, among others, the completion of cumulative record forms on the children and the introduction of a small sex education program for that age group. No one bothered to tell me what the previous years’ programs had accomplished, or what had happened to volunteers. I would find that out as I went along.

What I eventually discovered was that the record forms in both schools had arrived years before and had languished in file cabinets for several terms, incomplete and collecting dust. No one really had the time to fill them out. Being as polite about it as possible, I was informed by one of the two principals that if I wanted them filled out I would have to do it myself.

I should have suspected I would have problems when, during a movie seen at the cinema in Falmouth one evening, a Ministry of Education sponsored commercial appeared with a very pregnant young woman and someone saying “you don’t have to get pregnant.” In response, the young men in the audience around me, having laughed inappropriately at all the wrong times during a showing of “Good-bye Columbus,” simply howled at the poor young woman’s plight.

As for those local school’s sex education programs, there I was single, a young, foreign, white person, college educated, being expected to train teachers to get young people and, presumably, their parents, not to have so many children in the future. Naturally, children, especially in those parts were well understood as the poor man’s way of helping provide for the family itself, especially in farming communities. They represented, literally, more hands to do the work. As for a course being taught on the subject of contraception, it seems one of the principals took that to mean the effort it took to pass out boxes of condoms from the back of his car to the boys after school.

Was I discouraged? Well, what do you think? What was I there for, anyway? With thousands of tourists coming down from the US every year, they hardly needed goodwill ambassadors. In fact, unspoken but obvious was the idea that the best thing I could do was to bring in thousands of dollars of aid to build their infrastructure.

All they were going to get was this bright, curious white boy with a look of sincerity on his face, who’d been told, like so many others before him, to go do what the Ministry didn’t have the time or manpower to do. To my way of thinking, my presence there, regardless of what I might accomplish personally, must have been a big disappointment.

To accomplish anything or even keep in touch with my other colleagues around the island to find out what they were doing, I determined I would had to have had my own transport. So I’d borrowed some money from back home, went to Montego Bay and bought a small, red Honda motorcycle. It was small, and naturally dangerous on those kinds of roads, but it got more than a hundred miles to the gallon of what was even then, expensive gasoline. With it, I knew I would be off on yet another, new adventure.

Ten thousand miles and a few close calls later, I’d worn out a pair of boots, bleached out a pair of blue jeans and seen most of the island from its cool, dark-leather seat. More than that, I’d learned what I’d needed to know about my stay in the Peace Corps in Jamaica.