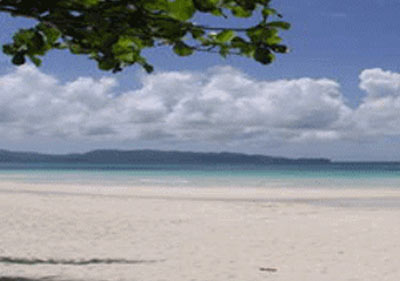 I remain quite intrigued by the RIU construction woes in St. James, near Rose Hall, on a little-used strip of the pristine Mahoe Bay beach on Jamaica’s scenic north shore. There is speculation of conspiracy with a local official to circumvent the strict building code that limited to three floors any construction at the site, since it would lie in the direct flight path to the runway at the nearby Sangster International Airport. Work had been proceeding at a feverish pace on this RIU’s newest jewel, the company’s fourth on the island and slated to open in September of this year.

Those of us with any knowledge or memory of the area are quite aware of the history of that parcel of desolate land RIU has sought to tame, this not being the first attempt to capitalize on the potential of its prime seaboard location.

There had been, prior to the RIU construction, incomplete structures left by the former owners who, out of frustration for reasons unknown, abandoned the plans to further develop the land, and fled. It was then left to herds of wandering ruminants, the homeless and the curious, left wild and overgrown with weeds, with pools of stagnant water hosting armies of mosquito larvae which would later bedevil the unsuspecting holidaymakers next door.

This wilderness was partly hidden from view by hundreds of breathtaking, vibrant “surprise” bougainvillea shrubs, their limbs cascading from metal shelves along the length of the Royal Palm-lined driveway to one of the resort area’s most regal estates.

This plot of land had sat unused for what seemed like forever, as far back as I can remember. A few days after moving into the neighborhood and getting acquainted with my surroundings I was informed by Albert, one of the area denizens and a cattle owner with two yellowed front teeth and a face like crumpled parchment, that “dem set goozum” on the place.

Albert was of the belief that the lot was doomed to sit idle for eternity, and no matter how much money was spent, each project would fizzle and come to naught. But then again, Albert opined, the former developers had not paid homage to the spirits through the usual time-honored traditions, but had hurriedly constructed buildings without the benefit of earth blessings. “Wen yu a bill, yu haffi lef sump’n fi di spirit dem, Miss, ef yu want everyting fi run simood,” were his words of ancient wisdom, intoned after a long drag of a giant spliff.

Local lore indicated that for a lot that size, you had to kill a ram, at least, and sprinkle the blood around the four corners of the property if you didn’t want any trouble, especially with your neighbors, during and after the construction. Your life could depend on it. This practice was one of the few vestiges of the Dark Continent, left behind from the old days, and brought over to the Indies by those who survived the Middle Passage. Albert swore by it.

“Were the folks over at RIU aware of this,” I wondered. With 110 hotels in 18 countries, you’d think they’d understand the wisdom behind local folklore. “Surely the Jamaican workers on the site would ensure the tradition prevailed, for they knew that to ignore it would be at their own peril.” Though stoutly denied by skeptics, rumor had it that the collapse of the scaffolding that claimed a life at the construction site of that other new resort, had been caused by gross dereliction in performing the same ritual.

I wondered if RIU had ignored this adivce, and reckoned that there’d be hell to pay if they had. With all this fourth-floor flight-path conundrum, ten to one they might have thought it to be mere island superstition, and short-circuited the whole procedure. If so, they’d best hop to it, I concluded, as it might not be too late. Will they have to demolish an entire floor? Only the spirits know for sure. And perhaps at this point, they may need more than just one rammy to do the trick.

If Albert knows how to remove the “goozum”, he’s not saying a word.

After a quarter of a million US dollar upgrade, Great Huts, one of Jamaica’s most distinctive resorts, has something new…

The Cure from the Sea

re-DISCOVER the Caribbean in 2009