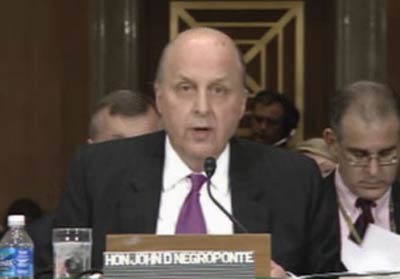 U.S. President George Bush plans to attend the opening ceremony for the Beijing Olympics despite a potential boycott, according to U.S. Deputy Secretary of State John Negroponte.

It is important for the U.S., Negroponte indicates, to show the 1.3 billion Chinese people that they are welcome on the international stage. During his testimony before Congress, Negroponte said a boycott would only “inflame tensions and polarize attitudes.”

However, he continued to say the U.S. would take the opportunity before, during and after the Games to urge China to improve its conditions regarding Tibet and human rights.

Negroponte told lawmakers Beijing must engage with the Dalai Lama, otherwise the country’s public vilifications will do nothing to alleviate ongoing tensions. It is China’s responsibility, Negroponte noted, to protect and uphold the rights of its minority groups, including Tibetans.

Message to Mugabe – “Trash it Out Inna Zimbabwe”