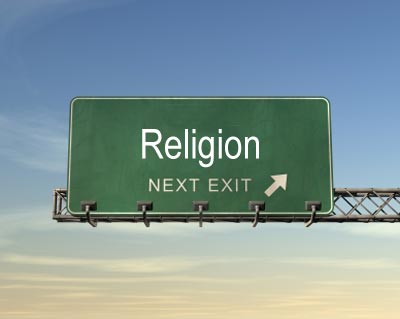 Richard Dawkins, Oxford University professor and one of the most passionate exponents of Darwinian evolutionary theory since the 1970s, has at long last ceded his position of notoriety. Once the strongest and most vocal critic of religion among a group of thinkers and writers comprising the “New Atheism” movement, Dawkins now shares the spotlight with a growing army of the like-minded, in an intensified campaign mounted not only against the Christian faith, but against religion of every stripe, a campaign pursued with the fervor of the very religious fundamentalists they so despise.

Much of the growing resentment against organized religion has been seeded by events like the atrocity of 9/11 and subsequent invidious remarks aired by Moral Majority leaders Jerry Falwell and Pat Robertson, multiple cases of sexual abuse within the Roman Catholic Church (with attempts at cover-up by prelates), and cynicism in the wake of disasters like the great tsunami or Hurricane Katrina. Even the value of the almighty buck, once a proud symbol of American power and munificence, and the greatest depositor of Trust in God, is joining the procession going south. And in the face of all this God seems to be maintaining an aweful silence.

Among the crusaders of the vanguard prosecuting the war against religion is Christopher Hitchens, the belligerent and outspoken critic of all things sacred and all those sanctimonious. He has been on a rampage on the talk-show circuit in the US and in his native UK , with yet another addition to his growing arsenal of cannons, blasting the evils of religion and those who benefit from it – including God Himself. In his most recent book, God Is Not Great: How Religion Poisons Everything, the author, journalist, contributing editor to Vanity Fair and new poster boy for atheism — antitheism being the appellation he prefers – expounds on the ignorance he believes spawned and nurtured religion since the dawn of human history to the present. The atheist, he submits, does not believe in the existence of God, while the ‘antitheist’ is against the very concept of a supreme being.

Hitchens is renowned for his ability to provoke controversy. Spewing his vitriol at society’s sacred cows, he has succeeded in bashing the halos of the likes of Mother Teresa. In his book impishly titled The Missionary Position: Mother Teresa in Theory and Practice, he accuses (on her deathbed, no less) the heretofore unassailable Teresa of Albania of disguising herself as a nun with the sole purpose of raising funds to spread her particularly aggressive and virulent strain of Catholicism.

Henry Kissinger, Bill Clinton, Billy Graham and the Dalai Lama have also come under the fire of Hitchens’ scorching criticism, as well as the people’s beloved Princess, Diana of the House of Windsor. And even before the body of acclaimed televangelist Jerry Falwell had grown cold, Hitchens whirled like a dervish on his grave, launching a vigorous assault on the televangelist’s legacy. While much of America mourned the scion of fundamentalist theology, Hitchens, in an interview on Fox TV’s Hannity and Colmes, let slip one of his most stinging comments as he eulogized the departed: “If you give Falwell an enema, you could bury him in a matchbox” (gasp!).

As for those running afoul of grace, the scandalized churchmen Jimmy Swaggart and Ted Haggard, Hitchens dismisses them as “Chaucerian frauds and pickpockets.”

Hitchens is by no means the only outspoken apostle in this aggressive band of “new” atheists; he represents a strong alliance of best-selling authors dubbed “The Four Horsemen” in reference to the biblical apocalyptic auguries in the book of Revelation. With the resounding success of their most recent books, the team of Richard Dawkins (The God Delusion), Daniel Dennett (Breaking the Spell: Religion as a Natural Phenomenon), Sam Harris, (The End of Faith) and of course, Hitchens, is shaking conventional religious thinking and provoking the ire of defenders of many faiths. As far as Hitchens is concerned, should there even be a God who could answer prayers and intervene in human affairs, then “we would be living under an unalterable celestial dictatorship that could read our thoughts while we were asleep and convict us of thought crime and pursue us after we are dead, and in the name of which priesthoods and other oligarchies and hierarchies would be set up to enforce God’s law.”

But are Hitchens and his cronies solely responsible for the swell of bad press God is getting lately? Many of the converts to this “new atheism” do not think so. They believe that in examining the precepts of the main monotheistic religions, there are more atrocities and incitement to commit atrocities in the name of faith that is poisoning any sense of reason and stultifying the progress of humankind. The fury unleashed by Islamic fundamentalists in the wake of the Danish cartoons depicting the prophet Mohammed, resulted in acts of violence claiming more than a hundred lives, and included fires set to the Danish embassies in Iran, Lebanon and Syria, among other acts of destruction. Danish Prime Minister cited the fallout as “ Denmark ’s worst international crisis since WWII.”

Next week: Is religion poisonous?

State Agency Targets Church – No it is not Putin’s Russia