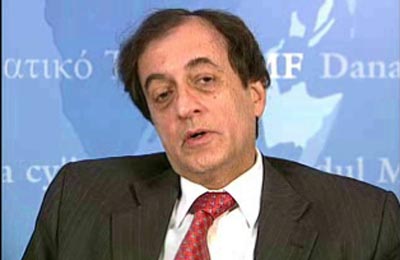 The International Monetary Fund is reporting a mixed macroeconomic performance  for the Caribbean in 2007. Regional growth averaged 4.75 percent in 2006–07, the fastest pace in more than two decades, the IMF reported . It says this was underpinned by a favorable external environment, private construction, preparations for the Cricket World Cup, and energy exports (in Trinidad and Tobago).

“Risks remain pronounced, with current account deficits (in percent of GDP) mostly in the double digits and the region remaining highly dependent on external financing.

Looking ahead, activity is expected to moderate, in tandem with the slowdown in the global economy, and the central forecast of 4 percent is subject to significant downside risks because turbulence in the global economy could dampen tourism demand and domestic activity.

In its World Economic and Financial Surveys western hemisphere regional economic outlook, the IMF identified that following a sharp downturn in the wake of September 11, 2001, economic growth in the Caribbean region rebounded and has been particularly buoyant in recent years.

Budget deficits have been reduced. After a period of fiscal consolidation, helped by reforms and strong economic activity, budget deficits have been hovering around 3–4 percent of GDP in recent years, with little improvement in 2007. The earlier successes at fiscal consolidation, together with debt restructurings in some countries (Belize, Dominica, and Grenada), lowered the regional public debt ratio by about 12 percent of GDP during 2002–07.

Nevertheless, the average ratio remains above 80 percent of GDP, and at more than 100 percent of GDP for the Eastern Caribbean Currency Union (ECCU). The region continues to stress its commitment to reducing debt levels further overthe medium term.

However, external current account balances remained volatile in 2007. Deficits widened in many countries, including Jamaica and the ECCU countries, driven in part by imports related to hotel construction and rising energy costs. These deficits have been largely financed by FDI, but their magnitude underscores the risks faced by the region and its dependence on capital flows. Trinidad and Tobago, as the only major oil exporter in the region, has maintainedlarge current account surpluses.

Financial Linkages in the Caribbean

“Sovereign spreads, however, have risen for some internationally traded bonds (Belize and Jamaica, in particular),consistent with a general repricing of risk. In Jamaica, higher emerging-market debt spreads reduced the local currency yield premium on domestic debt (compared with Jamaica’s Eurobonds), encouraging a portfolio shift by domestic banks have relied on strong domestic deposit growth to finance private credit—rather than increase in net foreign liabilities—limiting their vulnerability to deteriorating global financial conditions.”

The IMF added that, given that foreign banks account for almost 60 percent of assets in the Caribbean banking system, the risk of curtailed lending by stressed parent banks spilling over into domestic credit conditions needs to be monitored closely.

Potential risks could also arise from large foreign asset positions of some banks in the region and from reduced FDI.

Gross foreign assets are a significant component of banks’ portfolios in the region, accounting, for example, for one-fifth of banking system assets in Jamaica, and one-third in the ECCU. Thus, should the current problems in selectedproducts spread more widely to other asset classes, the balance sheets of Caribbean banks as well as other regional financial institutions could weaken. Finally, Caribbean countries are recipients of sizable FDI inflows, including into the dominant tourism sector. A disruption of these flows could harm economic activity and Caribbean banks’ balance sheets.

Inflation Pressures in the Caribbean

The Fund assessed that inflation in the Caribbean increased to 9 percent at end-2007, from 6 percent in 2006. There was, however, significant variability across countries, with 2007 inflation as low as 2.1 percent in St. Kitts and Nevis and as high as 17 percent in Jamaica.

In most cases, the currencies of Caribbean countries are pegged to the U.S. dollar, and the price pressures have been driven in large part by developments in the external environment, including rising world food and fuel prices, and exchange rate depreciation vis-à-vis currencies other than the U.S. dollar. Domestic demand pressures have been significant mainly in Trinidad and Tobago.

Both fixed and flexible exchange rate countries have seen inflation rise as a result of currency movements.

For those with fixed exchange rate regimes, the depreciation of the U.S. dollar against major currencies has affected the cost of non-U.S. imports. For Jamaica, where a flexible exchange-rate regime is in place, interest rates were reduced aggressively in 2006, and the weakening external environment has put pressures on the Jamaican dollar, whose pace of depreciation vis-à-vis the U.S. dollar picked up sharply during the second half of 2007.

High fuel prices are also causing inflation pressures in some countries, while the pass-through has been limited in others. For example, global increases in fuel prices are fully passed through to consumers in Dominica and Jamaica. The latter has seen the fuel component of its CPI increase by 27 percent since the end of 2006. On the other hand, IMF staff calculations suggest that pass-through coefficients are low among several ECCU countries, and consumer fuel prices remained unchanged in Trinidad and Tobago.

Caribbean prices have risen most strongly for tradables, especially food.

Idiosyncratic factors are, nevertheless, also at play. The tripling of inflation in Jamaica in 2007 partly reflects supply disruptions due to Hurricane Dean and flooding from heavy rains. The introduction in 2007 of the VAT in Antigua and Barbuda and in St. Vincent and the Grenadines also had one-off effects on those countries’ CPI level. Inflation pressures in Trinidad and Tobago, a major energy exporter, stem from demand increases associated with rapid growth in public spending.

“In sum, although the region has been somewhat affected by tightening financial conditions in the global economy, the impact has so far been muted compared with past periods of stress. On the positive side, the effects have been limited by relative strength in the region’s banking sectors, which are fairly liquid, profitable, and well capitalized. “Domestic deposit growth and local market borrowing have been important sources of funding for banks to expand their balance sheets, and firms have increasingly sought finance from both local and international capital markets.

“Nonetheless, external financial conditions are beginning to show some signs of tightening, including particularly for corporate sector debt issuance, while equity flows have also slowed. These pressures on the cost of capital could be exacerbated by further equity price declines.

“Moreover, while the domestic banking systems and capital markets have deepened in recent years, the region’s financial systems are still relatively shallow compared with those of advanced countries, making them more sensitive to protracted credit turmoil in advanced countries.”