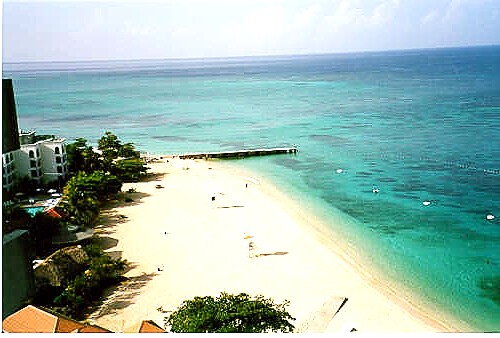 When I first came to Jamaica as a young man in my twenties more than thirty-five years ago, I had the opportunity to travel the island far and wide and to meet people and visit places that most tourists, even that most Jamaicans, would probably never meet or visit. It was a privilege granted in particular to only a few individuals in a small group known as the Guidance Component of the U.S. Peace Corps.

I remember it was a time when a tourist could walk the streets of Kingston unafraid, even at night, and a time when I could catch a lift across the island, as I did many times during my stay there, and without cost, through the kindness of Jamaicans going about their daily routines. The only guns I saw were a few small caches of shotguns locked up in gun cases in the big man’s house. Supposedly, at least so I was told, they were there for the protection of life, homes and property.

Things are quite different there now, aren’t they, there in what the United Nations calls “murder capital of the world.” Since then I have returned on many occasions, sometimes as a tourist, sometimes when invited to come and work there in the schools. Over those many years, I have seen those same guns come out of those cases in the big man’s house and seen the collection augmented by all manner of weaponry, from pistols to automatic weapons.

I have seen guns there in the hands of guards at gated resorts for wealthy tourists. I have seen them worn in holsters by uniformed men in public buildings, carried by military men in armored vehicles parked ominously at empty street corners downtown, and in the hands of ordinary men standing around their places of business and while protecting their sometimes illegal contraband.
Today, sadly, there are many thousands of guns on the island. They are no longer locked up in cases, but instead, in the hands of almost anyone who believes they should carry or use one. Supposedly still, they are needed for the protection of life, homes and property, but that is obviously as much a lie as it was so long ago.

No, indeed, they are not there today for the protection of life, homes and properties – to those things there has never been any real threat in Jamaica, at least not a threat that needed a gun to stop it.

Instead, today guns are in Jamaica to protect their possessors from all those other people who carry guns. They are there to promote and maintain the corruption, intimidation, and fear that has come with the illegal, international drug trade, with the false beliefs of the need for control that comes with political might and power, and finally, with the illusion of desire for wealth and status that are being sold to young men and women in their search for a meaningful identity.

Over those same many years, I have returned to Jamaica less and less, and each time I have found good reason to be more and more afraid to return. I fear it is also the same for many of my friends and as the word slowly spreads, that someday soon it that will also be true for all-too-many tourists from the U.S. and around the world.

Today, I blame Jamaicans and I blame Americans and I blame my country and even the Peace Corps for not having done enough to slow or even stop this trend, but then what good does ‘blame’ do?

Today, though guns are no doubt a symptom, not the cause, of the disease that is ravaging the hearts and minds of so many Jamaicans. it is also likely that in few other places on earth would it be so easy to treat the symptom, while the search for the cure goes on, than there on a small island in the Caribbean.

Today, in memory of Mrs. Booker and her son, Bob Marley, the young man who once stood, freshly wounded by a gun, between two great, warring political factions,… the young man whose spirit, on one of Jamaica’s darkest days, gave us the promise of “one love, one heart,…,” let us pledge this day and for all the days ahead to do everything we can to rid Jamaica once and for all of this scourge, this demon of madness, this tool of the Devil himself … the gun.

As I found them 35-years ago, let us one day soon lock them back up in cases in some big man’s house and this time, God help us, in the name of peace throughout the world, throw away the key!”