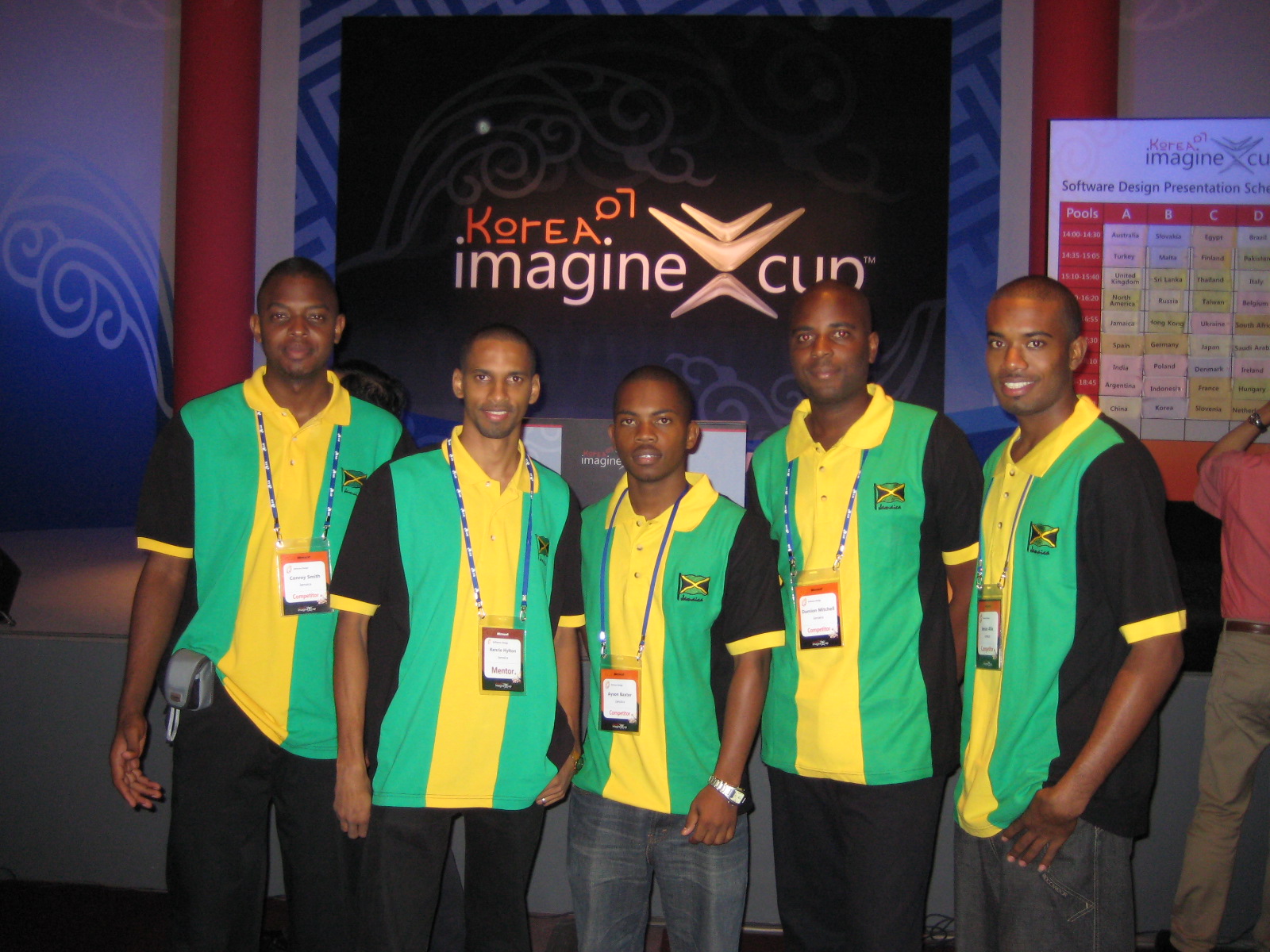 The software innovators at the Imagine Cup finals in Seol

Wilson, who directs the annual Microsoft sponsored annual competition, which showcases technology solutions created by university students worldwide, says, “Jamaica has a talent pool that the world should pay attention to.” The software executive thinks the notable performance of this and past teams from the island “is a great indication of what to expect from Jamaica in the future.”

The four man team from Northern Caribbean University in Mandeville, Jamaica – Conroy Smith, Ayson Baxter, Imran Allie, and Damion Mitchell – developed a software dubbed, Computer Aided Distance Instruction (CADI), which has real-time language translation capabilities at its core, and seeks to remove the barriers that result in lost information when transferred across global lines. With the help of CADI, a student in Tokyo who is part of a global lecture stationed in Jamaica, is able to absorb the information conveyed at the same time as English-speaking students as the lecture notes are automatically converted to the language of the locale receiving the instruction.

Inspired by Microsoft’s theme for the contest; Imagine a World Where Technology Enables a Better Education For All, the project, which landed the team a $US10,000 prize is now in its second phase. Members of the tech savvy team all hold a Bachelor of Science in IT, and are currently participating in the third, annual Innovation Accelerator forum at the Computer History Museum in California. The three week long event is moderated by Microsoft and British Telecom, and assigns Silicon Valley heavyweights to each of the top six finalists in an effort to fine-tune their models and develop business strategies to monetize these ventures.

Supported by nine major languages, the CADI project, swept the regional competition against teams from Central and South America and the Caribbean with an effortless win before it staved off fifty-four other countries to place second runner up, and the only English speaking country in the global finals. The Korean team, with the project Finger Code that offers learning solutions for deaf mutes, placed second, while a team from Thailand, developers of an interactive reading software for children, called LiveBook, took home the cup.

The new Northern Caribbean University team is already making waves, by winning the first round of the 2008 Imagine Cup against local universities. The team, Roamine Carter, Orlando Knight, and Krishna Maragh, are currently developing a software that speaks to the competition’s new topic: Imagine a World Where Technology Enables a Sustainable Environment. The world finals takes place in France this summer.