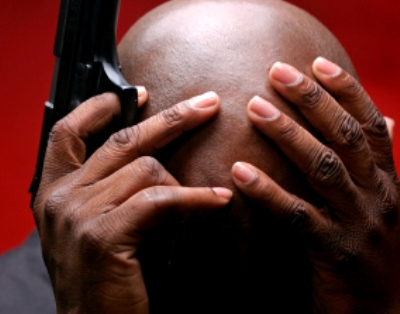 Most of what the world knows about Jamaica is associated with the work of Bob Marley, Marcus Garvey and Michael Manley, along with the island’s indomitable sprinters. It is because of the island’s history of oppression that the reggae musician, the race pride advocate and the politician gained international prominence.

If Marley were born in 1845 instead of 1945, he would probably have been associated with the peasant uprising led by lay preacher Paul Bogle in the eastern end of the island in 1865. And were Garvey born in 1987 instead of 1887, as a 21 year-old in 2008, he would still be confronted by the landlessness and political disempowerment of the vast majority of the country’s population.

It is not hard to see. Novelist Roger Mais in his Brother Man depicted the dire dread of the tenement yard of the Kingston slums in the 1940s and 50s when the nascent Rastafari movement began taking hold on the imagination of the poor. Sociologist Orlando Patterson’s 1960s Herculean Children of Sisyphus dissected further the abject poverty and crime prevalent in the Jamaican urban slum yards occupied by the landless hordes.

Manley, the inheritor of political title from his nationalist father Norman Manley, was elected to power in 1972 with the slogan “better must come” and two years after assuming the prime ministerial role attempted to convert his political capital into a deeper socialist model than his father’s Fabianism.

Violence, always a part of the Jamaican political scene, escalated beyond recognition after Manley’s declaration of democratic socialism and ‘walking to the mountain top’ with Cuba’s Fidel Castro. Slums with marginal levels of criminality grew into garrisons guarded by area dons, armed and protected by political patronage.

“Whatever the source of the weapons, they provided firepower beyond the capabilities of the police or the Jamaica Defence Force and turned the Sisypheans of the slums into lords of concrete jungles.” Manley’s People’s National Party, buttressed by former Central Intelligence Agency agent, Phillip Agee (who died earlier this month in Havana), alleged that Edward Seaga’s Jamaica Labour Party was being backed by the CIA in violent destabilization of the government. Insiders say the PNP’s self defence M16 assault rifles were sourced in Cuba and were part of the weapons stock captured by the Viet Cong from US soldiers. The JLP’s Uzis and other weapons were allegedly supplied by the CIA.

Whatever the source of the weapons, they provided firepower beyond the capabilities of the police or the Jamaica Defence Force and turned the Sisypheans of the slums into lords of concrete jungles. The community now known as Tivoli Gardens in west Kingston for example, was once the home of the dregs of British plantation slavery who rode trains from their landless rural misery, to settle at the end of the line on the dung hill of city society where market traders and urban dwellers dumped their refuse.

The area was represented first by JLP founder Alexander Bustamante (Clarke) and then by Seaga, the young sociologist who became its godfather at the end of the 1950s. It was a heady period of history when the West Indian Federal experiment was collapsing, pre-black power Africanist rebels led by the Rev Claudius Henry and his son allied with American radicals were speaking of revolution, British Empire was ending and Jamaican self government and independence were in the air.

After Independence in 1962, Seaga as Minister of Development and Welfare created Tivoli Gardens, where the slum dwellers were bulldozed, a high rise, model government housing project installed and the politically grateful escorted in. It would become fiercely loyal to Seaga personally and the JLP, delivering sometimes more votes than on the electoral roll.

Another Labour Party minister, Clement Tavares, also known for his loyal fan base also secured a garrison with a slum clearance housing development in that sinister section of the city.

“The entire scenario is upheld on an Independence Constitution which bequeaths a ruling class rather than a system of governance with all the people as its centre, and institutionalized backwardness among the rich and poor.” When the PNP came to power in 1972, therefore, it set about creating its own loyal garrisons, notably the one known as Concrete Jungle, in Trench Town, and a new dimension to politics in Jamaica had emerged: Poor slum dwellers converted to urban guerrilla desperados, fighting to protect their political patrons. In fact, people have been slain in attempting to move out of those areas to less volatile communities.

Utility companies, big business, ordinary people from other communities, indeed even the police, shudder at the thought of visiting the garrisons.

It was these tribes that saw 1980’s nine-month election campaign escalate from a pseudo democratic process to a near civil war in which 800 people were killed. After the labour party’s victory there was marked decline in political violence and the trend remained after the refashioned PNP, more capitalist than the JLP, returned to power 1989.

Having been hounded out of office in 1980, by Edward Seaga’s conservative and monetarist Labour Party, which itself failed to deliver on promises of reform for the mass at the grassroots, Manley was returned in 1989 as a reformed advocate of the capitalist path to paradise.

But the PNP’s conversion, which involved a slew of free- and open-market policies in everything from foreign exchange to restaurant trades, left the mostly under- or un-schooled landless, the underemployed, the unemployed and fixed income earners exactly where they had been: on the outside looking in. As factories closed, local marijuana traders and a new breed of Colombian-linked drug entrepreneur began to dominate the garrisons that had spread from Kingston to the old capital, Spanish Town, and the tourist capital of Montego Bay.

The political grip on the garrisons waned as dons, not as dependent on government contracts and handouts, became independent contractors and assumed greater influence on the communities than the political figures. Concurrently, the number of civilian killings in non-election years soared to an average 1,500 annually making Jamaica among countries with the highest per capita murder rate in the world.

The politicization of the Jamaica Defence Force and the police has also escalated in the post independence years. In the colonial era the forces’ main role was to put down uprisings by the underclass on the orders of the Crown. The Independence Constitution crafted by the teams of Bustamante and the elder Manley, and which included Seaga, did not make sufficiently clear that the forces of the State were for the protection of the people. As mere extensions of the Government, they became instruments of the party in power.

But the 1980 national confrontation saw members of the army and police brass openly siding with their political favourites. After the result of the 1980 election was known on the night of the polls in October 1980, for example, JDF helicopters hovered low over the head office of the state Jamaica Broadcasting Corporation and an army low boy trailer dragged slowly outside the building, horns blaring in celebration of Seaga’s victory.

Today, the handpicked bodyguards of particular political candidates see their careers blossom in the constabulary when their party comes to power. Other police, in their underpaid situation, succumb to the bribes of the drug gorgons, becoming their enforcers. Good cops, such as there are, see their task of prosecuting criminals fall by the wayside as politicians use their influence to free the ghetto crime kingpins via pressure on the judiciary and using legal or other systems to illegally spirit the dons to Cuba, North America and other jurisdictions. The result: while the ghetto rebel dons see themselves as Robin Hoods, some zealous police see themselves as public defenders, justifiably carrying out extrajudicial killings – as many as 200 in 2007.

Sitting on the fence are the politically influential privileged class, whose googol incomes isolate them from the trials of life in the slums, some longing for a pre-colonial time when the faceless mass knew their place: seeking to achieve their dream in the sun through ceaseless prayer and work in the fields. Many of this class would rather support change through prayer breakfasts than paying taxes or progressive policies that would see the poor become landholders and expanding the class of people with purchasing power that would translate into success even for the already privileged.

The entire scenario is upheld on an Independence Constitution which bequeaths a ruling class rather than a system of governance with all the people as its centre, and institutionalized backwardness among the rich and poor. Among the power elite, even those who regard themselves as progressive, fear amendments to the system that would see better governance though improved local government.

No one seems to have noted or cared to have noticed that the birth and growth of the Rastafari was umbilically linked to the issue of land: the brethren want(ed) to go home to their land, each confrontation with the system in the embryonic years of the movement centred on land possession and farming – with marijuana cultivation being used as the authorities’ official red herring for abuse levelled against adherents.

But even constitutional and land and reform may be too late for Jamaica. Many of its productive and entrepreneurial citizens have sprinted away to more stable countries. Moreover, with the devastation of the sector by liberalized trade policies inflicted by globalization, agriculture is hardly appealing to the young generation. They have gone after Marley’s mantle of financial success through singing lyrics of their suffering, but many more see progress and happiness in lines of cocaine and guns in a culture that has perfected the art of oppression into a science.

Castro’s Anglo-Caribbean Ties a Mix of “Good and Evil”